Thriving bacteria employ some of the strategies of a good rummy player, says Bert Ely, a University of South Carolina biologist.

Ely recently discovered that when bacteria add new DNA to their genome, they release another group of genes that had not proven useful. Much like a rummy player who draws a card and then discards it later if it doesn’t help complete the hand.

“That’s what I see these bacteria doing,” Ely said. “They take some random piece of DNA and incorporate it into the genome, and it doesn’t do them a bit of good. So when the next one comes, they replace one that they don’t need.”

His discovery, recently published in the science journal PLOS ONE, details how bacteria gain new DNA without overloading their genomes.

Bacteria take in DNA from the environment around them through a process called horizontal gene transfer. It can result in the microorganisms gaining new biochemical abilities, which can help them outgrow other bacteria and possibly infect other organisms, like humans, more easily.

But if the cells allow their to genomes become too large, they would have to spend more time and energy replicating their DNA, giving them an evolutionary disadvantage, Ely says. The way bacteria kept their genome sizes under control was a mystery until recently, when Ely was studying related strains of bacteria in a lab.

A biologist friend had asked Ely to sequence a strain of bacteria to confirm that it had a particular mutation. “Instead, what I found out is that the strain is a hybrid of two strains that were in the lab,” Ely says. “In this case, I knew where the new segments in the genome came from — from the other strains in the lab.”

Because he had sequenced the DNA for the strain he was examining as well as two closely related strains, Ely was able to compare the genomes. He noticed that the bacteria were not only adding genes, but they were shedding some, too.

“What this study showed was that they don’t just take up and add genes to the chromosomes that they have, but they take up and swap out,” Ely says. “Every time they add something, they remove something.”

What’s more, Ely says, the portions of DNA that were removed tended to be genes that were already different from their parent cells. In other words, they were genes that had been taken on through an earlier instance of horizontal gene transfer. Because most new pieces of DNA would not be helpful for survival, there is an evolutionary preference for deleting those portions, Ely says.

But if the DNA is helpful, it is more likely to stay. “Any bacterium with a new gene that is beneficial will outgrow its neighbors,” Ely says. “The gene addition/deletion occurs about once per 20,000 generations a beneficial gene is unlikely to be lost.”

One draw every 20,000 generations? That’s a very slow game of rummy.

“But you might draw the right card after only 20,000 generations,” Ely says. “Optimism is important.” 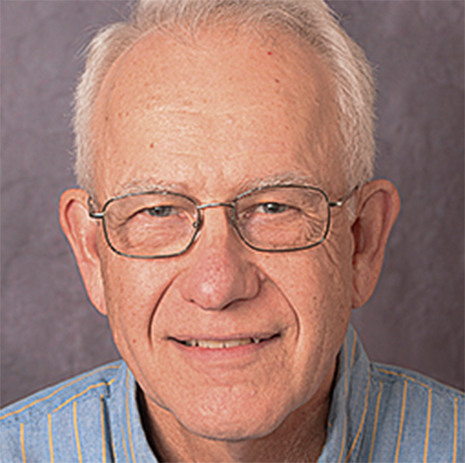 Bert Ely's discovery of bacterial genetic rummy is shows how bacteria change their DNA over time without their genomes becoming too large. Read his profile.