Paris Smalls is on a mission to change fracking.

As co-founder of Eden GeoTech, Smalls is developing a way to use electrical current to break up rocks to extract natural gas and oil. That’s a job normally done by “hydraulic fracturing,” which uses millions of gallons of water and is known for contaminating groundwater and lubricating fault lines with seismic consequences.

By cutting out the water, companies could cut costs and reduce their environmental impact. 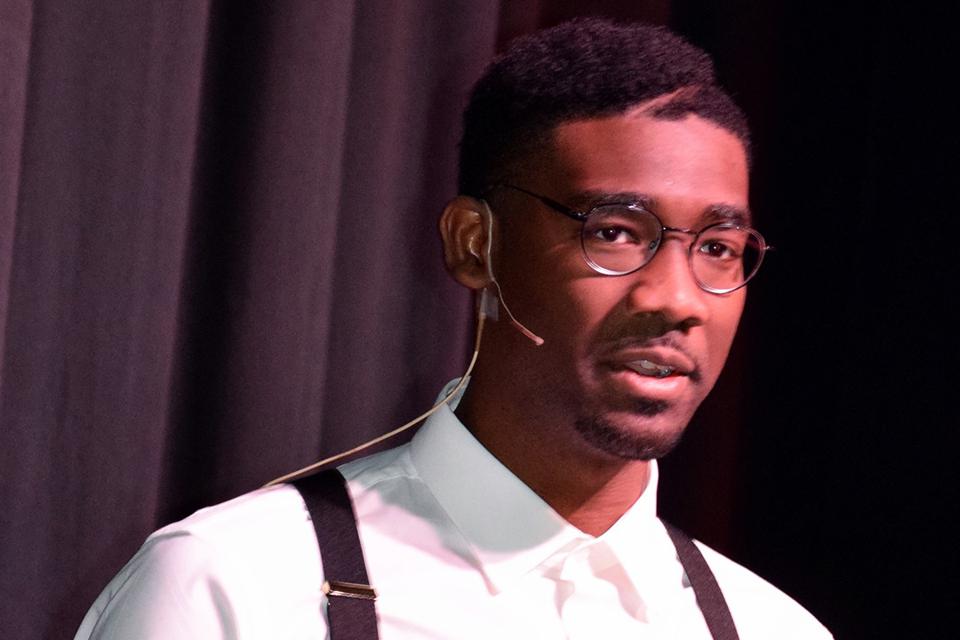 “Using electricity to break the rock could potentially replace the high water consumption associated with hydraulic fracking,” says Smalls, a University of South Carolina geophysics alumnus. “If this technology is fully commercialized, it’s going to dramatically decrease the amount of water you need to fracture the rock, but you still get the same benefit as traditional hydraulic fracturing for increasing resource recovery”

His technology has caught the attention of the U.S. government, which has supported the company with $1.05 M in grant funding to date. Earlier this month, Forbes Magazine named Smalls to its 30 Under 30 in Energy list, which recognizes young entrepreneurs who are changing the future of energy technology.

Eight years ago, Smalls came to UofSC to run track as a 400-meter athlete. But he also joined the lab of Alicia Wilson in the School of the Earth, Ocean and Environment. He remembers going to the shore of North Carolina with a Ph.D. student to install sensors that would collect data about the movement of minerals between the ocean and the shore. Something about that process resonated with Smalls. He realized he had an interest in primary research.

“More than anything, that was the inspiration to become a scientist,” he says.

Wilson remembers Smalls as an “absolutely fearless” student who was “unfazed” by difficult research problems. When he decided to stop competing in track, he saw it as an opportunity to spend an additional 10 to 20 hours a week on research. He helped start a coding club at a Columbia middle school. When he presented a poster at a national meeting, he was at his poster for six hours, far longer than most science students are prepared for.

“Some people are technically adept, and others are great at interacting with people,” Wilson says. ”You could tell he was already great at both of those.”

More than anything, that was the inspiration to become a scientist.

As a student. Smalls used to brainstorm ideas for applying geophysics to energy problems. He was thinking about the geothermal industry, and he and fellow geophysics classmates talked about possibly starting a company.

“I knew back then that I wanted to be an entrepreneur,” he says.

After he graduated in 2016, Smalls entered a doctoral program at the Massachusetts Institute of Technology. While working on analyzing micro seismic data collected from the geothermal fields of Yellowstone National Park, he recognized the potential to use technology to reimagine fracking. He formed the company Eden Geotech with Amaar Alali, an MIT researcher with a background in the oil and gas industry.

They have interviewed many customers in the oil and gas industry to find out more about the problems their technology could be applied to. When Wilson heard about the project, through a scientist Smalls had talked to, she was unsurprised.

“It’s just like Paris to find an interesting idea like this and actually make it go,” she says.

Smalls wasn’t aiming for the Forbes 30 Under 30 list. His priority is to build a sustainable and successful company. But the recognition from the magazine has opened doors for Smalls and his company. “It’s benefitted me in ways that I couldn’t imagine,” he says. “Talking to the Forbes 30 Under 30 cohort members has been extremely rewarding. A lot of them are solving energy-related problems, and I believe there will be opportunities to collaborate with other members in the Forbes 30 Under 30 Energy 2021 cohort in the future.”