A grain of sand with measles.

That’s what a single-celled ocean dweller looked like when Kate Davis watched it through a microscope one day this summer. She was focused on how the organism’s shell would take shape. But rather than discard the specimen to focus on her research question, she decided to keep watching.

It turns out that the red, measles-like spots were offspring.

The organism ―a planktic foraminifera ― was reproducing asexually in front of a scientist’s eyes, something that has been documented only once in published science. But the serendipity kept coming. Davis’ team soon became the first to watch the full life cycle as those offspring grew to adulthood and reproduced. In the process, they discovered new evidence that supports relying on foraminifera fossils to reconstruct information about the past environment.

“Every single fossil isn't just telling you who its parents were, it's telling you about the environment it grew in,” Davis says.

At the time of this research, Davis was a micropaleontologist with a postdoctoral appointment with Dr. Claudia Benitez-Nelson in the School of the Earth, Ocean and Environment at the University of South Carolina. She studies planktic foraminifera because they are so sensitive to the environment that the size and shape of their shells gives clues about the conditions they’re surrounded by. “Understanding how they live in the modern ocean can tell us a lot more about how they lived in the past,” she says.

Her advisor, Claudia Benitez-Nelson, explains that the way foraminifera grow in different temperatures or other conditions can then be used to infer information from fossils. “When we look at paleo environments, an important technique to study how the earth looked is to interpret sediment records,” she says.

Unfortunately, planktic foraminifera are picky enough about their environment that it’s difficult to raise them in the lab. They prefer to live out their lives and reproduce floating in the ocean. Davis harvests them in the Pacific Ocean and brings them to the lab, where they experience different environmental conditions, such as different temperatures, in controlled saltwater tanks. 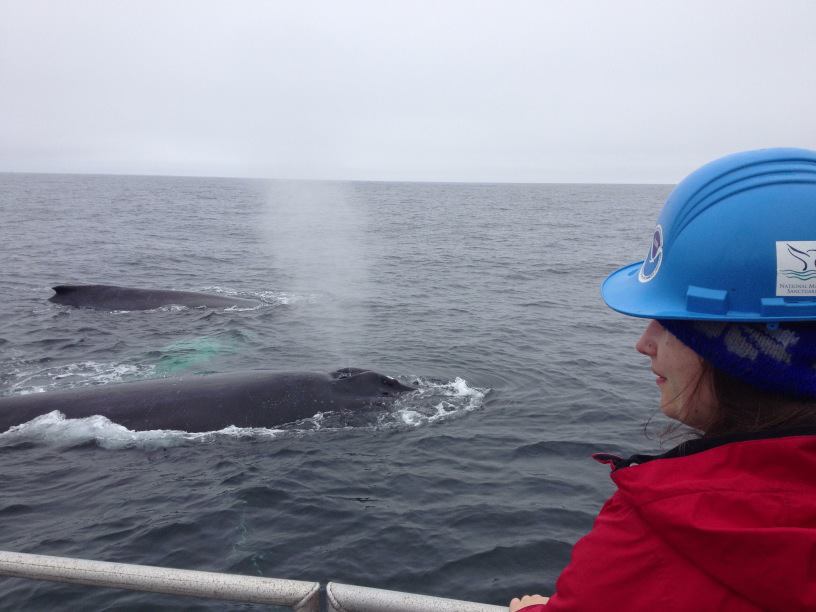 Because it’s generally impossible to trace a foraminifera’s family tree, scientists haven’t known how much a fossil’s appearance is influenced by genetics versus the environment. But the “measles” that turned out to be offspring were genetically identical, giving Davis the rare chance to study their difference.

Benitez-Nelson compared it to twin studies, which follow identical human twins to reveal what traits are determined by DNA.

The planktic foraminifera offspring that Davis's team watched grew up to be so different from each other that they could hardly be recognized as the same species, much less genetically equivalent siblings. That means that environmental factors must have played the most crucial role in their structure. “It suggests to me that their bodies are able to respond plastically depending on their environment," Davis says.

Benitez-Nelson says this lends credence to using foraminifera fossils to interpret the past. “You can remove genetics from the equation,” she says. “That’s a big deal.”

The study, published in Science Advances, also yielded other information. Davis said the juvenile foraminifera consumed different food than the adults, showing that the minuscule organism can discriminate in its food choices and that its preferences can change over the course of its life cycle.

Benitez-Nelson pointed out that the entire discovery came about because of Davis’s scientific thinking. “It’s just pure curiosity,” she says. “It’s led to this really amazing and unexpected discovery that has profound results.”