Whether on a long ruck march or a speedy, two-mile run, Dajuan McDonald thinks about finishing well. 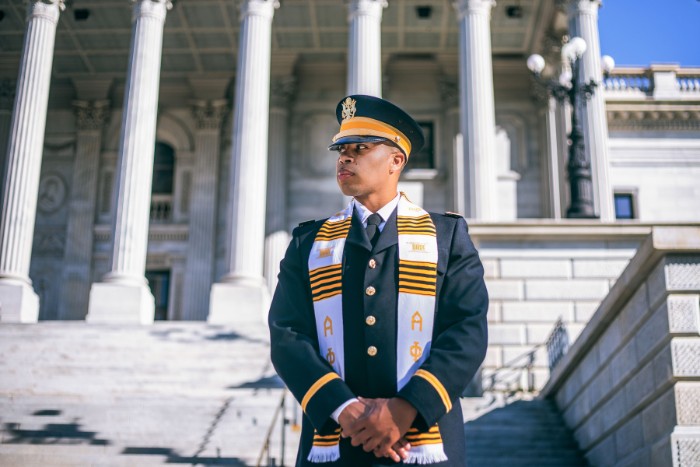 “I try to keep my mind on a bigger goal," says McDonald, a second lieutenant in the Army Reserve Officer Training Corps at the University of South Carolina. “As you grow, you realize that you have to set the example for your peers below you. You have to put on that grit face and keep pushing, because you know there are other cadets looking up to you. And if you do well, there's always a great payoff in the end.”

McDonald has earned the right to talk about payoff. This year, he finished his political science degree. He ranked in the top 10 percent nationally on the Army ROTC National Order of Merit, recognizing him as an elite military graduate. Two weeks after he completed his degree in May, 2020, he reported to Fort Benning, Georgia, for several months of military training covering combat, land navigation, physical fitness, reconnaissance and battle leadership. His next stop will be Fort Carson, Colorado.

He combines competency in academics, fitness, and leadership with genuine character.

His standout performance in school and ROTC belie simpler beginnings. As a kid, he just wanted to be a spy.

“I always thought spy stuff was cool,” he says. “But then you grow up, and you realize that there’s so much more than what you see in the movies.”

His father, a retired Army Blackhawk mechanic, encouraged military service, and McDonald received an ROTC scholarship to the University of South Carolina. He majored in political science with an emphasis on international relations. He hopes to work in Army intelligence someday ― the dream of being a spy didn’t go away, it just grew up with him.

“I think it’s so cool that you can gather so much information and cater the battlefield to your liking,” McDonald says. With intelligence, “we can be the most effective fighting force in the world.” 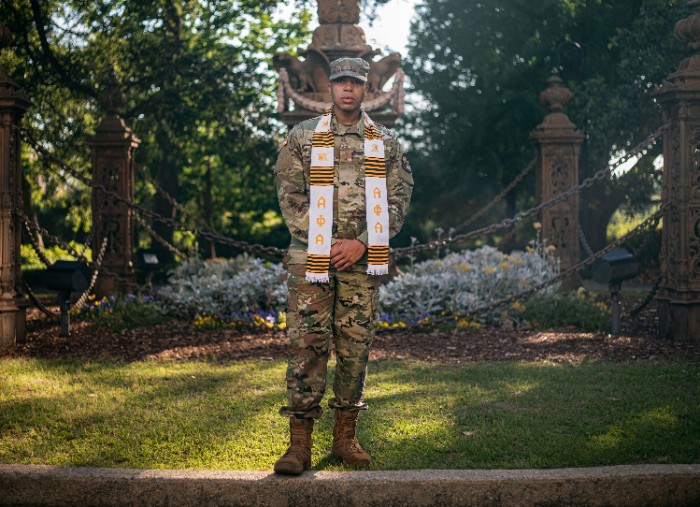 UofSC Army ROTC director Lou Frketic says he has always been impressed by McDonald’s sincerity and potential. “He is physically fit and intelligent with a humble presence about him," Frketic says. “When you talk to Dajuan, you can see in his eyes that he’s 100 percent in the moment. He works hard but is never too busy to help a friend or complete a task thoroughly.

“What’s so great about Dajuan is not that he’s in the top 10 percent of all Cadets nationally. It is that he combines competency in academics, fitness, and leadership with genuine character.”

McDonald earned his high rank in the ROTC Order of Merit with superior performance physical training tests ― 75 push-ups and 80 sit-ups in two-minute time periods and a two-mile run in 13 minutes, 30 seconds ― as well as excellence at Cadet Summer Training. The ranking of all Army ROTC cadets nationwide also considers grades and battalion leaders' ratings of each cadet.

As you grow, you realize that you have to set the example for your peers below you.

McDonald said ROTC, with its blend of camaraderie and competition, was the best part of attending UofSC. “You form a bond that is different from any other type of bond at the university,” McDonald Says. “You never relate to anybody the way that you relate to someone you’ve sat out in the woods and in the rain with and gotten up and gone on a 12-mile ruck march.”

ROTC also taught him a lot about leadership and accomplishing a mission. “When they say that ROTC is the best leadership course you can take in college, I think that’s true,” he says.