Amazon Prime Video adds a show by a UofSC senior

When millions of people can stream your homework on Amazon Prime, you take it a bit more seriously.

One senior at the University of South Carolina considers it proof that he’s ready to work in film.

On April 1, media arts major Tyler Spaid learned that Amazon Prime Video had accepted and listed The Tour of the Band, a comedy that he wrote for a class project and produced for an independent study. He immediately started telling friends and professors the good news.

“It definitely legitimizes all the hard work I put into it,” Spaid says. “Having a platform like this deliver it to the world is pretty awesome, and I think a great best-case scenario.” 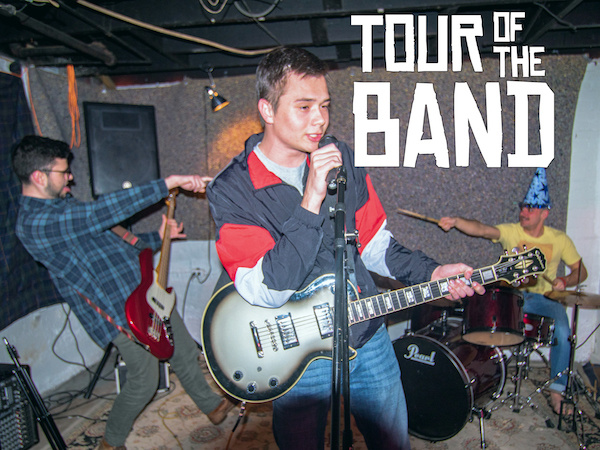 The Tour of the Band tells the story of a punk rock band called Yammies Jammies. On the spur of the moment, the band decides to skip class and go on tour. But first they need to find a car. And some gigs. And maybe they need a girl to join the band, too.

It’s inspired by true events. A couple of summers ago, Spaid documented a summer tour for a friend’s band. The friends were funny, and Spaid thought it would make a good concept for a comedic mockumentary.

But it was only an idea until Spaid took a television writing class from by Northrop Davis, a South Carolina professor who has sold screenplays in Hollywood. The class covered a lot of topics like character, commercial breaks and cliffhangers to keep the audience watching. More importantly, it was a safe place where he could nurture his ideas.

He definitely saw some potential in me before I saw it in myself. He really pushed me to get it out there for people to see.

“Northrop was a great help," Spaid says. “He's a very encouraging person, and he lets you know when he sees potential in things. He gives you criticism and advice.”

Davis, however, gives more credit to Spaid’s talent and attitude. “He immediately stood out in my classes, and … did projects far beyond what was required,” Davis says.

As Spaid worked on the script, Davis encouraged him to pursue it.  "He definitely saw some potential in me before I saw it in myself," Spaid says. “A lot of times you want to do your assignment for a grade and never think of it again, but he really pushed me to get it out there for people to see.” 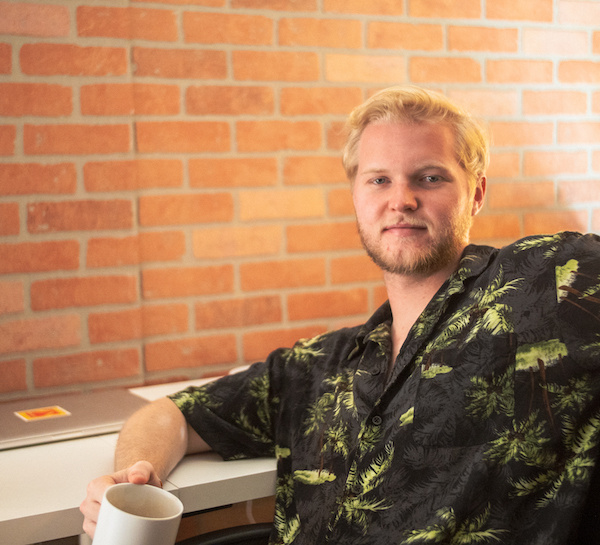 The next step was to learn how to direct. To help with that, Spaid took an acting class with theatre professor Dustin Whitehead last fall. He asked Whitehead to advise him on an independent study in which he would produce a pilot episode for The Tour of the Band. Whitehead agreed.

Holly Kuldell, another senior in that acting class, mentioned that she loved comedy, and Spaid showed her the script. She helped him sharpen the comedic elements.

“I loved the story so I didn’t make any changes there,” Kuldell says. “I ‘punched up’ the jokes. I went through all the (already hilarious) jokes and thought about if I could change either the set up or the punchline to make it just a little bit funnier.”

Spaid took Kuldell’s advice, showing what Davis calls a “no ego, all results” attitude. Spaid cast several of his friends as the Yammies Jammies, and Kuldell volunteered for a role. They shot the film in one day when the whole group was in Maryland for winter break. Spaid was the director, producer, lighting technician, and camera operator.

Back in South Carolina this semester, he edited the package with Whitehead’s input. Spaid submitted the final product to Amazon Prime Direct, which allows independent producers to add shows to the streaming service.

Having a platform like this deliver it to the world is pretty awesome, and I think a great best-case scenario.

Davis is used to hearing career success stories from his alumni, but he’s thrilled with Spaid’s early win. “The fact that Amazon picked it up with him so young is such a testament to Tyler’s talent and ambition," Davis says. “It’s such a pleasure dealing with Tyler and I am so excited about his future.”

Now that the show is online, Spaid has some people asking him for episode two. He’s not sure what the future holds for The Tour of the Band, though, because most of the actors are about to graduate from college and move to different states.

Still, a Yammies Jammies reunion isn’t out of the question. “The people I worked with would love to do more, and I'd like to do more," Spaid says. “I guess we'll see.”

Watch “The Tour of the Band” on Amazon Prime at this link.