John Mervin Herr, Jr. (1930-2016) was one of my professors at the University of South Carolina, when I was an undergraduate biology major back in 1971. For me, he was much more than a teacher, and he became a trusted advisor, a confidante, and a beloved friend.

He had studied at the University of Virginia, receiving a BA (1951) and then an MA (1952) and attained his doctorate at the University of North Carolina in 1957. He was the recipient of a Fulbright Fellowship for 1957-1958, during which time he studied in the lab of Panchawan Maheshwari at the University of Delhi. He joined the faculty at USC in 1959. He became recognized as one of the most important plant morphologists in the world, contributing greatly to our understanding of plant embryogenesis and the evolution of  ovules and leaves. His research and contribution to his field were extraordinary. He faithfully served his colleagues tirelessly as an editor for a variety of journals. John’s prowess as a synthesist were surely matched by his skills as a technician: he devised a number of elegant and useful microtechniques for the lab, including an enormously valuable clearing-fluid technique now in use around the world, and was in the process of perfecting a new and ingenious microtome for biological sectioning.

“Tireless” can be used again to describe his service to USC. He served on a variety of university committees, including the Faculty Senate. During his tenure he developed a deep appreciation for the Southern Appalachian Botanical Society (SABS) and the Association of Southeastern Biologists (ASB), committing his parliamentary skills to restructuring the constitution and by-laws of both, and developing the same for the Society of Herbarium Curators. As an indication of the esteem with which ASB considered him, John was the recipient over the years of several prestigious awards, and was  honored as the first ever recipient (2007) of the “John Herr Lifetime Achievement Award”.  He became the primary advocate for the A. C. Moore Herbarium, and masterminded the development of the Herbarium’s Endowment. Similarly, he was completely engaged with our library system, serving as President of the Thomas Cooper Society. With a substantial gift from John and his wife Lucretia, USC’s School of Music has established the annual “John and Lucrecia Herr Composition Award”, available to its students.

He retired in 1993, but retained office and lab space in Coker Life Sciences next to the herbarium, and came to work every day, without pay, and without a reserved parking space.  During this time he continued actively to support students, both graduate and undergraduate, as well as the current faculty, eager to mesh his botanical background with new scientific arenas. At some early point within his 57 years of service to this University, he clearly adopted it as his second alma mater. He wholeheartedly loved USC and Columbia. He loved to have fun, and to share his happiness (and slightly wicked humor!) with others. He always had a friendly greeting for those around him, and he was one of the most gentle, kindest people on our campus.  John Herr was truly a gift to all of us, and we can all hope to be more like he was. 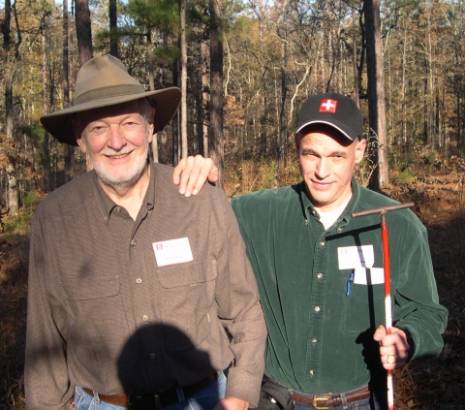