“Love doesn’t have to hurt. In fact, it shouldn’t.”

So begins a resource guide for victims of domestic violence that was written by 2018 University of South Carolina School of Law alumna Elle Klein.  The guide was published by COLAToday in May, when Klein was still a third-year student enrolled in the School of Law’s Domestic Violence Clinic.

With October’s designation as National Domestic Violence Awareness Month--and with South Carolina’s ranking as 6th in the nation for the number of women killed by men--the time seems right to highlight the guide again.

“Domestic Violence is a widespread issue that doesn’t get adequate attention. A lot of people, including lawyers, do not know the extent and variety of the remedies available to victims of domestic violence and one of my main goals was to spread knowledge of these remedies,” said Klein. “I also hope the guide arms those who may qualify for these legal remedies with the information they need to take action against abuse.”

The resource guide covers the three major civil remedies available to someone seeking protection from an abuser:

“I enrolled in the Domestic Violence Clinic because I knew what a huge problem domestic violence is in South Carolina, and I thought that this clinic was where I would get the chance to help real people, and where my time and efforts would have a lasting impact,” said Klein.

Law students in the Domestic Violence Clinic assist individuals who have been subjected to domestic violence, sexual assault, and stalking in intimate relationships by representing them in cases seeking all three orders in various courts.  All students had at least one court appearance involving argument and presentation of evidence.

“Having your client show genuine thanks and knowing that you changed their life for the better made all the late nights, countless drafts and courtroom jitters worth it,” said Klein. “But the idea of being able to help more people on a broader scale was where the idea for the resource guide came from.”

“The article is a great example of the creativity and determination Elle brings to her work,” said Prof. Lisa Martin, director of the Domestic Violence Clinic.  “She identified lack of community awareness as a pressing problem, brainstormed a way to address it, and saw her idea through to publication.”

While she awaits her bar exam results, Klein is working as an associate for Nelson Mullins Riley and Scarborough’s business litigation team. But she hopes to be able to take on pro bono domestic violence cases as a licensed attorney in the future.

“I can’t imagine a more meaningful way to make a difference to this community than helping women get their lives back and be free from the threat of violence.” 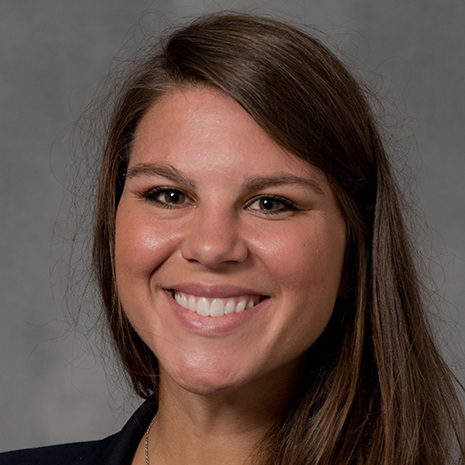 Elle Klein said she chose South Carolina Law, "because of its proximity to my home town of Asheville, NC, the tight-knit legal community in South Carolina, and the overall collegial attitude that the law school has."