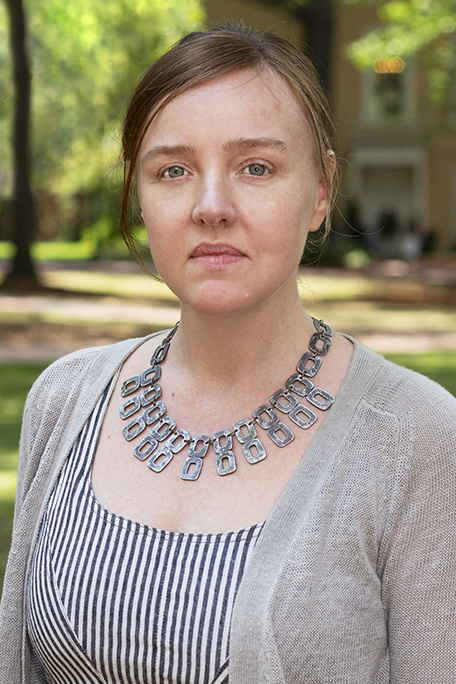 The inaugural recipient of the Denise R. Shaw Excellence in Scholarship Award for Palmetto College Campuses was presented to Julia Elliott, associate professor of women and gender studies in Extended University. A prolific fiction writer and essayist, Elliott’s work often explores feminist epistemologies and philosophies of science. She gained national attention as a short story writer in 2012 as one of six emerging American women writers to win the Rona Jaffe Writer’s Award. She was also named an Amazon Writer in Residence at Shared Worlds in 2016.

Elliott is the author of The Wilds, a 2014 short story collection, and The New and Improved Romie Futch, a 2015 novel, both published by Tin House Books. The latter was a finalist for the Southern Independent Book Association’s Prince of Tides Award. She has also appeared in interviews in nationally prominent media outlets, and her work has been featured in publications including The New York Times and O, The Oprah Magazine. The new scholarship award, named for the late USC Union Professor of English, is presented to a faculty member who exhibits outstanding scholarship.