A degree from the University of South Carolina School of Law can open doors to a legal career anywhere in the world, and Chris Campbell, ’15, is testament to that fact. He has followed his passion for the law from Columbia to London, Beijing and Vienna, and earlier this year, he was invited to New York to represent the Vis Moot Alumni Association (MAA) as an observer at the United Nations Commission on International Trade Law Working Group session on Electronic Commerce.

"My task was to attend meetings of the working group and write a summary report of the events that took place to submit to the MAA. I was allowed to participate in debates, and I addressed the U.N. body as a whole on two occasions," Campbell said. "The experience was nothing short of amazing. To sit among some of the top legal and business minds from each nation was truly enlightening and educational. On the occasions when I spoke in front of the body, it was surreal to have veteran lawyers and state representatives listening to my statements and analyzing my arguments."

"Because of the esteem of the moot, and indeed the caliber of its members, the MAA is often asked to participate in and issue reports on various international legal and commercial events, including sessions at the U.N.," Campbell said.

His first experience with international arbitration came through the School of Law’s London Maymester program. "I learned at the recruitment meeting for the program that binding dispute resolution outside the courts is becoming increasingly prevalent in the business world," he said. "That alone was enough to have me pack my bags."

Campbell had developed an interest in business during high school and was awarded an undergraduate scholarship to the Moore School of Business. Recognizing China’s importance as an emerging market, he studied the Chinese language as well, and when he learned that it was possible to make an exciting international career with a combination of business and law degrees, he applied for and was accepted to the School of Law.

"It just made sense to me that if I could do business and law in the U.S. and China, I would have a dynamic and interesting career on the frontier of the corporate world," he said.

Campbell was considering enrolling in coursework for the joint JD/IMBA when he saw a flyer for the Tsinghau University one-year LLM program. He realized that the LLM was a viable alternative, and because he could enroll in coursework that ran concurrently with his third year of law school, he was able to graduate with both an LLM and a JD at the same time, saving considerable money and gaining once-in-a-lifetime international experience.

Campbell currently works in Beijing for Zhong Lun as a law clerk in the firm’s mergers and acquisitions team. He returns to Columbia in December to study for the February bar exam, and with several offers already on the table, he is excited about his future career in international commercial arbitration and corporate law. 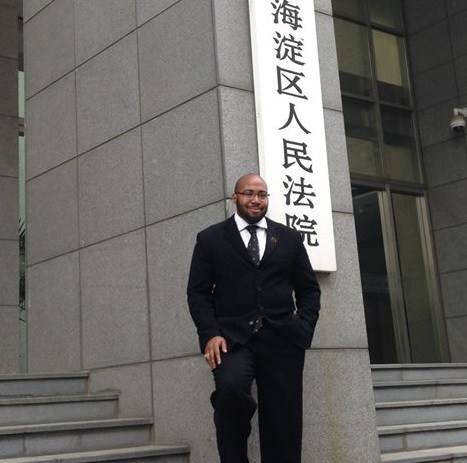