As women around the world rise up and make their voices heard, the Rule of Law Collaborative at the University of South Carolina Office of the Provost looks to amplify the discussion with a timely symposium, “Women as Agents of Change in Rule of Law.” Hosted in collaboration with the university’s School of Law, College of Arts and Sciences Women's and Gender Studies Program, and the Dr. Mary Baskin Waters Annual Lecture Series, the symposium will be held on Wednesday, Feb. 21 and Thursday, Feb. 22, and will bring together leaders from many countries to examine strategies for change in such areas as human rights education, good governance, and justice sector leadership.

The keynote speaker, Dr. Mamphela Ramphele, brings a lifetime of experiences to the discussion. As an activist, medical doctor, academic, business woman, and political force in South Africa, Ramphele has spent her life in many roles, working towards the same goal: bringing justice to the underrepresented and disadvantaged people of South Africa. She will give her address on the evening of Feb. 21 from 5:30-7:30 p.m. at the USC School of Law, Karen J. Williams Courtroom.

Ramphele is joined by several other highly-regarded social justice advocates, including:

The panelists will tackle tough issues, such as personal status, violence and insecurity, as well as the underlying gender inequalities present in all societies that have forced women to rely on the legal system for justice.

The goal of the symposium is to create a launching pad for future action by exploring ways to empower women through effective solutions that can be implemented across a wide range of cultures.  ROLC also aims to highlight the struggles of women across the world through the creation of an online platform to capture and share the narratives of women around the world.

The full-day symposium will be hosted at the School of Law’s Judge Karen J. Williams Courtroom from 9 a.m. to 5 p.m. It is free and open to the public, and has been approved for 6.5 CLE credits. 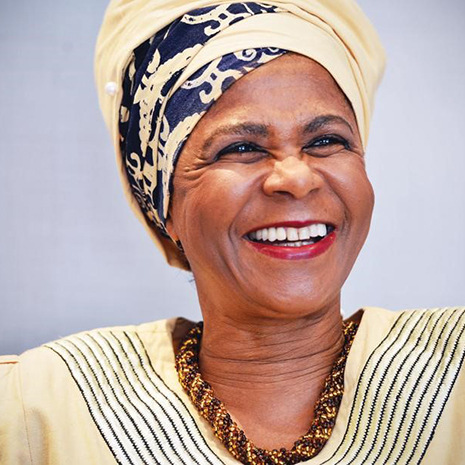 Dr. Mamphela Ramphele will deliver the keynote address. She is an activist, medical doctor, academic, business woman, and political force in South Africa and around the world.

Register for the event here