The Mockingbird Challenge, considered one of the toughest fall law school mock trial competitions in the nation, culminated on Saturday, Sept. 30 with a victory for the University of South Carolina School of Law Mock Trial team.

The team, composed of third-year students Megan Rudd, Will Neinast, Dallas Meacham, and David Thompson, beat 23 other teams over the three-day competition, sweeping the competition to take the top prize. The team endured six trial rounds, defeating schools that have been ranked among the best trial advocacy programs by U.S. News and World Report.

Another testament to the level of competition, 14 of the 24 participating schools are also ranked in Fordham University School of Law’s Top 20 Trial Competition Performance Rankings (South Carolina Law comes in at 19).

“This is one of, if not the, toughest fields and competitions of the entire year,” said Brett Bayne, the team’s coach.  “This victory is a testament to the program we have built here at USC Law—a program which trains advocates to be the best they can be and proves it by sending them out against the best programs in the country.”

Next up for the team is the Palmetto State Classic, which will be hosted here at South Carolina Law on October 19-21.  In November, the team will then take part in the University of Buffalo’s National Trial Competition before ending the fall season at the Georgia Young Lawyer’s William Daniel Trial Competition where, in 2017, the team made it to the semi-final round and also won the award for the Most Professional Team. 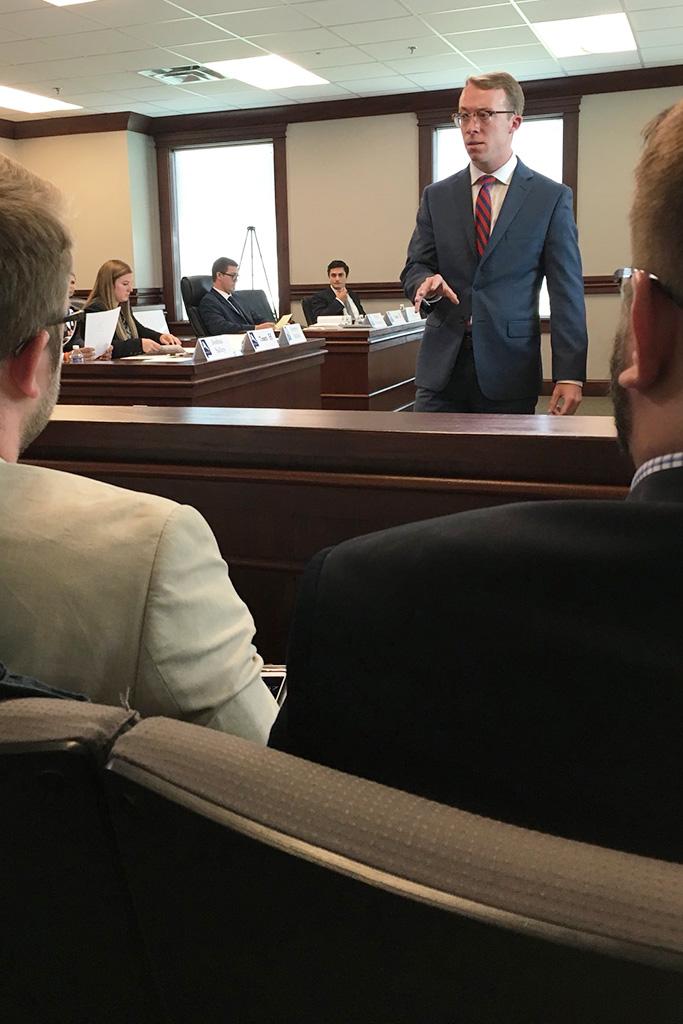 The national mock trial competition featured some of the top trial advocacy teams in the country.