On Saturday, Dec. 15, the University of South Carolina School of Law held a hooding ceremony for its December 2018 graduates.  The intimate ceremony took place in the Judge Karen J. Williams Courtroom at the School of Law and honored the 16 graduates who completed their course of study.

Six of the 16 graduates were dual-degree students, who—in addition to receiving their JDs—also received their master’s degrees, including three MBAs, one International MBA, one Master's of Public Administration, and one Master's of Accounting.  Four graduates were also recognized for completing the Children’s Law Concentration program. 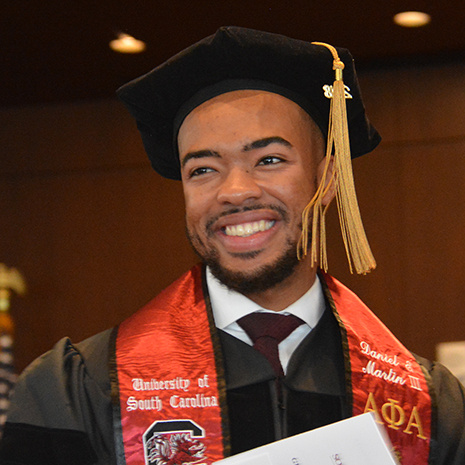