Judge Anderson was appointed to the U.S. District Court by President Jimmy Carter in 1980 following a recommendation by U.S. Senator Ernest F. “Fritz” Hollings. He retired in 2016. Over the course of his career, he mentored many young lawyers who served as his clerks, including South Carolina Supreme Court Justice John Cannon Few and former South Carolina congressman Trey Gowdy.

Anderson got his start as a plaintiff’s attorney in aptly named Anderson County where he had a private practice from 1954 to 1980. He served a brief term in the South Carolina House of Representatives from 1955-1956 before returning to provide legal assistance to the citizens of Anderson County.

United States Senator Strom Thurmond offered Anderson a spot on the Fourth Circuit Court of Appeals, an appointment which he ultimately turned down in order to continue serving the people of Anderson County.

In 2002, Anderson was awarded the Order of the Palmetto, South Carolina’s highest civilian honor, by Governor Jim Hodges. Six years later he was recognized with a lifetime achievement award from the South Carolina Association for Justice, the state’s trial lawyers group. He served in the Air Force from 1951-1952, and enjoyed swimming regularly.

In recognition of his lifetime of accomplishments, the federal courthouse in Anderson was renamed after him in 2002.  Similarly, when the School of Law’s new building opened in 2017, one of its two courtrooms was named in his honor.  The G. Ross Anderson Jr. Historic Courtroom features the original oak woodwork and marble from a former Richland County courthouse built in 1935, but with modern technology incorporated. It was designed as a nod to South Carolina’s rich legal history, of which Anderson was a staple.

“Judge Anderson was a loyal supporter of our law school and legal education.” said William C. Hubbard, dean of the School of Law. “We are honored to have the G. Ross Anderson Jr. Historic Courtroom as a focal point of our law school building and as a permanent testament of the respect with which he was held by bench and bar.” 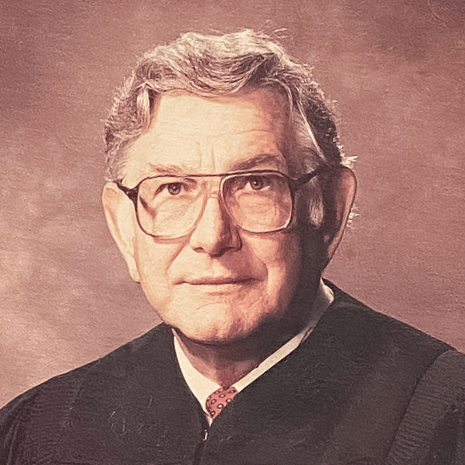