Thomas P. Crocker, the N. Heyward Clarkson Jr. Professor of Law at the University of South Carolina School of Law, has been awarded the 2020 Chicago-Kent College of Law Roy C. Palmer Civil Liberties Prize for his book, Overcoming Necessity: Emergency, Constraint, and the Meanings of American Constitutionalism (Yale University Press, 2020).

"I am honored to have my book recognized by this important award. Receiving the Palmer Prize furthers my book’s contribution to the enduring and unfolding conversation over how American constitutionalism can best respond to the necessities of events while preserving our commitment to civil liberties.”

"I am honored to have my book recognized by this important award. Receiving the Palmer Prize furthers my book’s contribution to the enduring and unfolding conversation over how American constitutionalism can best respond to the necessities of events while preserving our commitment to civil liberties,” said Crocker. "Past recipients of the Palmer Prize going back to 2007 include a prestigious list of major books on the relationship between constitutional law and national security. It is a tremendous honor for my book to be counted as one of them."

In its announcement on July 23, Chicago-Kent said the 2020 prize committee noted that Crocker’s book “grapples with one of the most important and difficult issues in American constitutional law and theory,” and not only gives a thorough account of the U.S. Supreme Court’s jurisprudence in the area, but “forcefully argues that such measures must be constrained by values and principles that reflect our national identity, character, and commitment to a liberal democratic constitutional order based on reflection and choice.”

Indeed, Crocker’s book explores questions that lie at the heart of our democracy when a president claims his actions are “necessary” to respond to a national emergency, including:

Crocker says the impetus for the book came in the aftermath of the September 11th attacks, as questions arose about how far the U.S. should go in its treatment of and interrogation methods used on suspected terrorists in the name of protecting and preserving the nation.

However, his book takes a broader look at how claims of necessity have been used by presidents throughout American history and how future presidents may invoke it when faced with a national catastrophe.

The Constitution, Crocker says, was “designed to function under ‘states of exception,’ most notably through the separation of powers, and provides ample internal checks on emergency actions taken under the claims of necessity.” But, he cautions, those checks will only work if Congress and the courts apply them appropriately.

“My book provides an extensive analysis of how rights function in relation to claims about what is necessary that I hope will be helpful to the courts and Congress, among other bodies, in putting those checks into practice.”

The Palmer Prize was established in spring 2007 by Roy C. Palmer ’62 and his wife, Susan M. Palmer, to honor a work of scholarship exploring the tension between civil liberties and national security in contemporary American society. 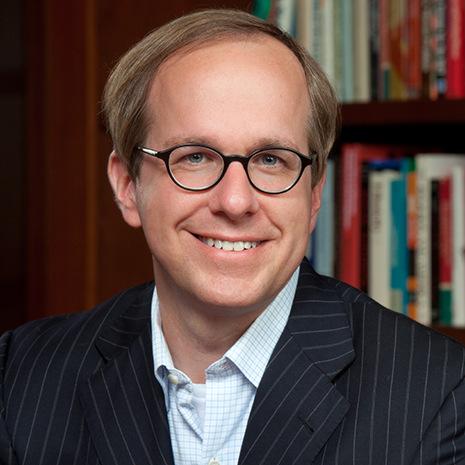