The University of South Carolina School of Law’s mock trial team took the top two spots in the regional finals of the Texas Young Lawyer’s Association National Trial Competition in February. Both teams will advance to the National Finals in Fort Worth, Texas, in April.

“We are excited to go back to Texas to compete with the best schools in the country in the first major in-person competition since early 2020,” said Brett Bayne, the mock trial team coach and an adjunct faculty member at South Carolina Law.  “We have sent at least one team to the national finals in seven of the last eight years. This is also the second time USC has won both regional finals. The Gamecocks will be well represented in Fort Worth.”

The teams consisted of third-year students Will Dubose, Molly Sue Harmon and Gabrielle Williams and second-year student Arden Boore. They will face off against the 28 other regional winners from across the nation in what is widely regarded as the premiere mock trial competition in the country.

Dubose and Harmon will represent South Carolina Law in their second national championship in less than a year. They were both members of the winning team for the King of the Hill Mock National Trial Competition  in October 2021. Williams will be competing in her second national championship contest in less than a month after helping the Black Law Students Association’s mock trial team win the Constance Baker Motley Mock Trial Competition and advance to their finals, which will begin on March 18.

South Carolina Law’s Mock Trial team has been ranked as one of the overall top 10 teams since 2016, according to Fordham University School of Law’s 2020-2021 Trial Competition Performance Rankings. 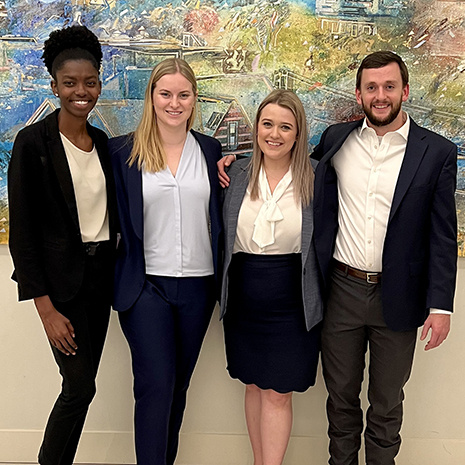 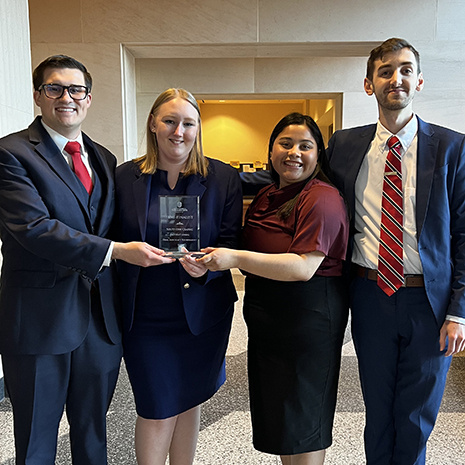