With the passing of James Lowell Underwood on January 8, South Carolina has lost one of its sharpest legal minds.  As a professor for 35 years and a scholar for more than 50, Jim leaves an indelible impact on the profession that will be felt for generations to come.  I had the unique pleasure of knowing Jim first as a student and then as a colleague here at South Carolina Law.

A native of Rome, Georgia, Jim received his undergraduate and law degrees from Emory University, where he was editor-in-chief of the law review.  Following law school, he served three years as a captain in the Judge Advocate General’s Corps of the US Army and then earned his LLM from Yale.

In 1966, Jim joined the University of South Carolina School of Law faculty and taught here until his retirement in 2003.  He held the Strom Thurmond Professor of Law Endowed Chair from 1981-2003 and led the Tenured Faculty Committee from 1991-2003.  He was also a Fulbright Professor at Queens College in Belfast, Northern Ireland, and served for one year as the acting director of the National Institute of Justice for the U.S. Justice Department.

Jim taught a wide range of courses from anti-trust to civil and political rights.  My contact with him began as a student in his First Amendment seminar.  It was one of my favorite courses in law school, even though he gave me a B+.  Later, when I joined the faculty and then served as associate dean, I worked with Jim on numerous projects, but our collaboration on two books was most meaningful.

These two books arose out of our joint interest in legal history.  The first, At Freedoms Door, included essays by Eric Foner, Clay Smith, and Richard and Belinda Gergel, as well as our own essays.  The book was well-received, and Jim was kind enough to say I was finally doing better than B+ work.

With Jim’s encouragement, we did another book, The Dawn of Religious Freedom in South Carolina, which received rave reviews from The Journal of Religion and Society.

Of course, Jim received many awards for his teaching and scholarship.  His record includes 12 books and innumerable articles, and his four-volume The Constitution of South Carolina will continue to be the ultimate work on the subject.

Jim’s interest in the First Amendment and freedom of the press remained a passion for him.  He continued to write and publish well into retirement.  His book Deadly Censorship: Murder, Honor, and Freedom of the Press (2013) is an underappreciated gem of legal history.  At the time of his death, he was finishing a second book about the 1875 criminal libel trial of the editor of the Charleston News and Courier, as well as other Reconstruction era hazards to freedom of the press.

He is remembered by his students for his excellence as a lecturer and as a scholar.  Professor Ladson Boyle thought Jim was one of the best lecturers on the faculty.  Jean Hoefer Toal, retired chief justice of the South Carolina Supreme Court, called Jim’s multi-volume history of the South Carolina constitution his “magnum opus.”  She said, “I referred to it constantly in my time as a member of the Supreme Court.  He was very modest about this amazing treasure trove of hard scholarship and on-point analysis.

“Of course, I will never forget my consummate faux pas in his Corporations class when I slipped up and called him Mr. Underdog, our pet name for him.  He didn’t miss a beat as he replied to me: ‘Miss Hoefer, I can assure you that on the final exam, I will not be the Underdog.’”

In his usual self-deprecating style, Jim once told me that he treasured both the nickname and the students who gave it to him.  His warmth, humor, and incredible legal acumen will be fondly remembered and sorely missed by the countless students, colleagues, and practitioners whose lives he touched across South Carolina and beyond. 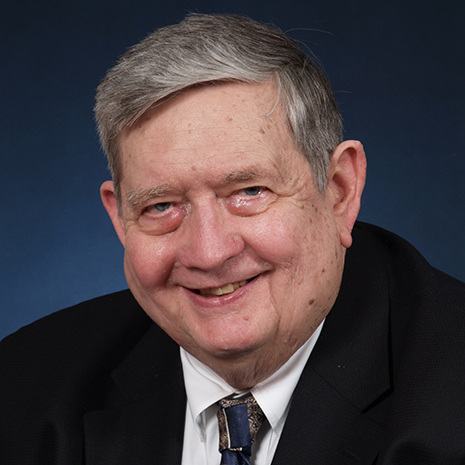