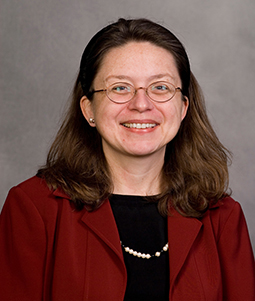 Professor Josie Brown graduated from Harvard Law School in 1985. She then clerked for Federal District Judge James McMillan in Charlotte, North Carolina. Upon completing her clerkship, she received one of Harvard’s first Public Interest Law Fellowships, which funded her work on family poverty and child support enforcement at the Virginia Poverty Law Center. She continued to work on these issues on a national basis when she later joined the Center for Law and Social Policy in Washington, D.C. While in D.C. she taught a seminar on the legal rights of children at American University's law school and became the coordinator of the Homeless Families Legal Assistance Project at the Washington Legal Clinic for the Homeless. After relocating to Cambridge, Massachusetts in 1989, she became a litigation associate at Hill & Barlow in Boston. Her association with the firm continued until 1996 when her family relocated to Columbia.

From 1998 to 2004, Professor Brown taught at the law school as an adjunct faculty member. During that time, she created three courses: “Constitutional Issues in Public Education”, “Women and the Law”, and “Race, Education and the Constitution: A Legal History of Brown v. Board of Education”. She joined the faculty on a full-time basis in August, 2004.

She now teaches Constitutional Law, Constitutional Issues in Public Education, Religion and the Constitution, and Women and the Law. Professor Brown serves as the Co-Executive Editor of the Journal of Law and Education and has contributed to the First Amendment Law Prof Blog. Her research focuses on the constitutional rights of children and children’s experience of citizenship in American public schools.