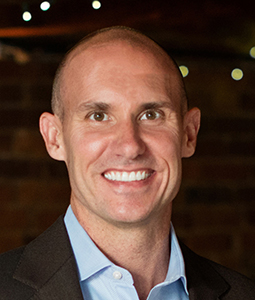 Dave Maxfield has represented consumers in cases involving banking, credit reporting, debt collection, and insurance for nearly 25 years, obtained one of the highest punitive damage verdicts in America against a creditor in a credit reporting case, and secured numerous significant recoveries on behalf of consumers in individual cases. Dave is the three-time Chairman of the Consumer Law section of the South Carolina Bar and a member of the National Association of Consumer Advocates (NACA), the nation’s preeminent organization for lawyers representing consumers, and Past President of the Richland County Bar Association, the largest county bar association in South Carolina with over 1900 members. Dave is rated a perfect 5.0 (preeminent) by fellow attorneys in the Martindale-Hubbell rating service.

Dave received his JD in 1994 graduate of the University of South Carolina School of Law, and his B.A. from Furman University in 1990.

In addition to teaching as an Adjunct Professor at the University of South Carolina School of Law, Dave has taught more than 100 Continuing Legal Education (CLE) programs to other lawyers, and speaks regularly in the media on issues affecting consumers. In addition to speaking on consumer law issues, he frequently trains other lawyers on the use of technology, speaking at the American Bar Association’s National Techshow in Chicago in 2011, 2012, 2013 and 2018. He has also worked with law students at the University of Colorado, UCLA, William & Mary, and Harvard Law School on technology use. Articles by and about him have appeared in South Carolina Lawyer Magazine, ABA Magazine, and Lawyer’s Weekly newspaper.