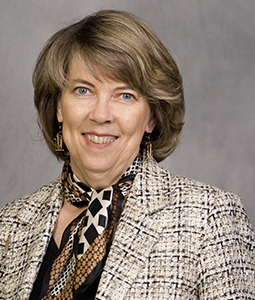 Elizabeth G. Patterson, J.D., returned to the faculty of the University of South Carolina School of Law in 2003, following four years as State Director of the South Carolina Department of Social Services. She has been a Professor of Law at USC since 1980, specializing in child and family issues, poverty law and policy, bioethics, and public law. She has published both in law journals and in journals of other disciplines; her most recent articles relate to state and federal child support enforcement law. Professor Patterson was instrumental in creating the Children's Law Office at the USC School of Law and the Children's Committee of the South Carolina Bar, and served as the initial leader of both organizations. Professor Patterson has been active in reforming South Carolina's laws relating to family and health issues, and drafted much of the state's 1996 Child Protection Reform Act, as well as legislation governing living wills, health care powers of attorney, and medical decision-making by surrogates.

While at the Department of Social Services, Professor Patterson was a member of the Board of Directors of the American Public Human Services Association and of the Executive Committee of the National Council of State Human Service Administrators. In 2003 she was presented with the Commissioner's Award for "outstanding leadership and service in the prevention of child abuse and neglect" by the US Department of Health & Human Services. She remains active in the community, serving in various roles on the Boards of United Way Association of South Carolina, South Carolina March of Dimes, and Children Come First of SC.

Professor Patterson is a graduate of Agnes Scott College in Decatur, Georgia, and obtained her law degree from the University of Arizona College of Law. Prior to attending law school, she worked with the federal agencies administering the Head Start and other poverty programs.