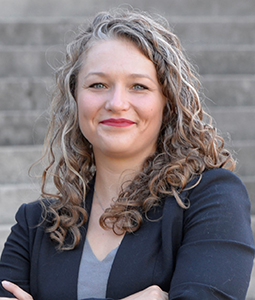 Madalyn K. Wasilczuk is an Assistant Professor of Law at the University of South Carolina School of Law. Her work focuses on criminal legal system issues, including policing, race, extreme sentencing, and the prosecution and detention of children. She teaches the Criminal Practice Clinic and Interviewing, Counseling, and Negotiation.

Before joining the University of South Carolina faculty, Professor Wasilczuk taught at Louisiana State University Paul M. Hebert Law Center, where she directed the Juvenile Defense Clinic and taught courses on capital punishment and carceral abolition. Prior to that, she worked at the Cornell Center on the Death Penalty Worldwide, where she taught in the International Human Rights Clinic and Capital Punishment Clinic, and at the Defender Association of Philadelphia, where she was an Assistant Defender. She has also served as a fellow with the International Legal Foundation in Myanmar and Tunisia, where she mentored and trained local public defenders.