When the opportunity arose to return to the University of South Carolina in 2018, Coretta Jenerette realized it was time to come home.

Born in rural Georgetown County to parents with limited financial means and education, Jenerette pursued a career in nursing because she wanted to support her family and be of service to her community.

Now in her new administrative role and with her Macy Faculty Scholar project that is integrating simulation in Ph.D. nursing programs, Jenerette is influencing nursing education at South Carolina — and far beyond.

Foundation in sickle cell disease scholarship
After graduating with her bachelor’s degree, Jenerette worked as a staff nurse on a medical oncology unit in Florence. There, she also began caring for patients with sickle cell disease who were often treated by oncologists because of their expertise in blood disorders.

She noticed that although both patient groups frequently presented with pain issues, the health care team responded much differently to cancer patients, whose pain could be verified and, as a result, typically received several pain management options. In contrast, sickle cell patients were often ignored because their pain could not be assessed in the same way, and they were sometimes stigmatized as drug seekers.

These observations fueled Jenerette’s lifelong passion for improving sickle cell care and health disparities and spawned her master’s and doctoral research projects at South Carolina, including the adaptation and validation of a scale for measuring health-related stigma in sickle cell patients. Jenerette completed post-doctoral research fellowships at Yale University and the University of North Carolina at Chapel Hill and is considered one of the nation’s leading nursing sickle cell scholars.

New approach to graduate learning
After Jenerette became the lead faculty for the University of North Carolina School of Nursing’s Ph.D. Division in 2017, she began talking to students to assess the program’s strengths and weaknesses.

Those conversations revealed disparities in the students’ experiences, including their exposure to vulnerable patient populations or research activities such as leading focus groups or securing informed consent from patients. Jenerette found that experiences often depended on each faculty mentor’s research activity; as a result, if a mentor did not study a vulnerable population or have an active program of research, their students were more likely to have education gaps in areas such as social determinants of health.

To fill those experience gaps, Jenerette suggested that simulation, an approach often used in clinical education, could be integrated into the Ph.D. curriculum so that all students could practice these skills, and students embraced the idea.

She outlined this novel approach to Ph.D. education in her application to be a Macy Faculty Scholar, a prestigious two-year award that supports educational innovators in medicine and nursing to implement a change project at their institution, and she was chosen to be a scholar.

Jenerette’s project aims to develop simulation activities that expose Ph.D. students to the social determinants of health and interprofessional education.

“The goal is to fill in some of those (skill and exposure) gaps so that our future scientists will be better equipped to be more impactful earlier in their careers,” she said.

In year one of the project, she has collaborated with Crystal Graham, director of the clinical simulation laboratory, to use best practice to integrate simulation into the existing PhD curriculum, a partnership that is yielding the clinical educator/researcher synergies touted by Dean Jeannette Andrews.

Leveling the playing field
Jenerette returned to South Carolina drawn by the chance to champion diversity and inclusion for students, faculty and staff at her alma mater.

Since joining the college in August, Jenerette and the college’s diversity, equity and inclusion committee conducted a formal climate survey. Along with data from the university’s climate survey, the results are being analyzed to develop a baseline climate assessment of the college to inform future strategies and objectives.

“My job is to listen to the faculty, staff and students and co-produce an environment that is supportive and welcoming to everyone so that every stakeholder affiliated with the College of Nursing can say they had the best opportunities to be successful."

To start, Jenerette is working with the admissions committee to adopt a holistic admissions process to better assemble diverse classes of students who can more fully contribute to the profession of nursing, looking at factors beyond grades and test scores. 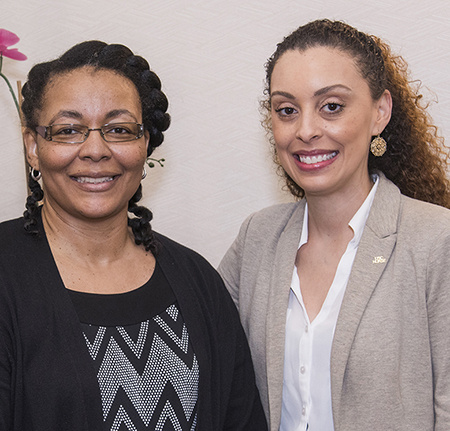