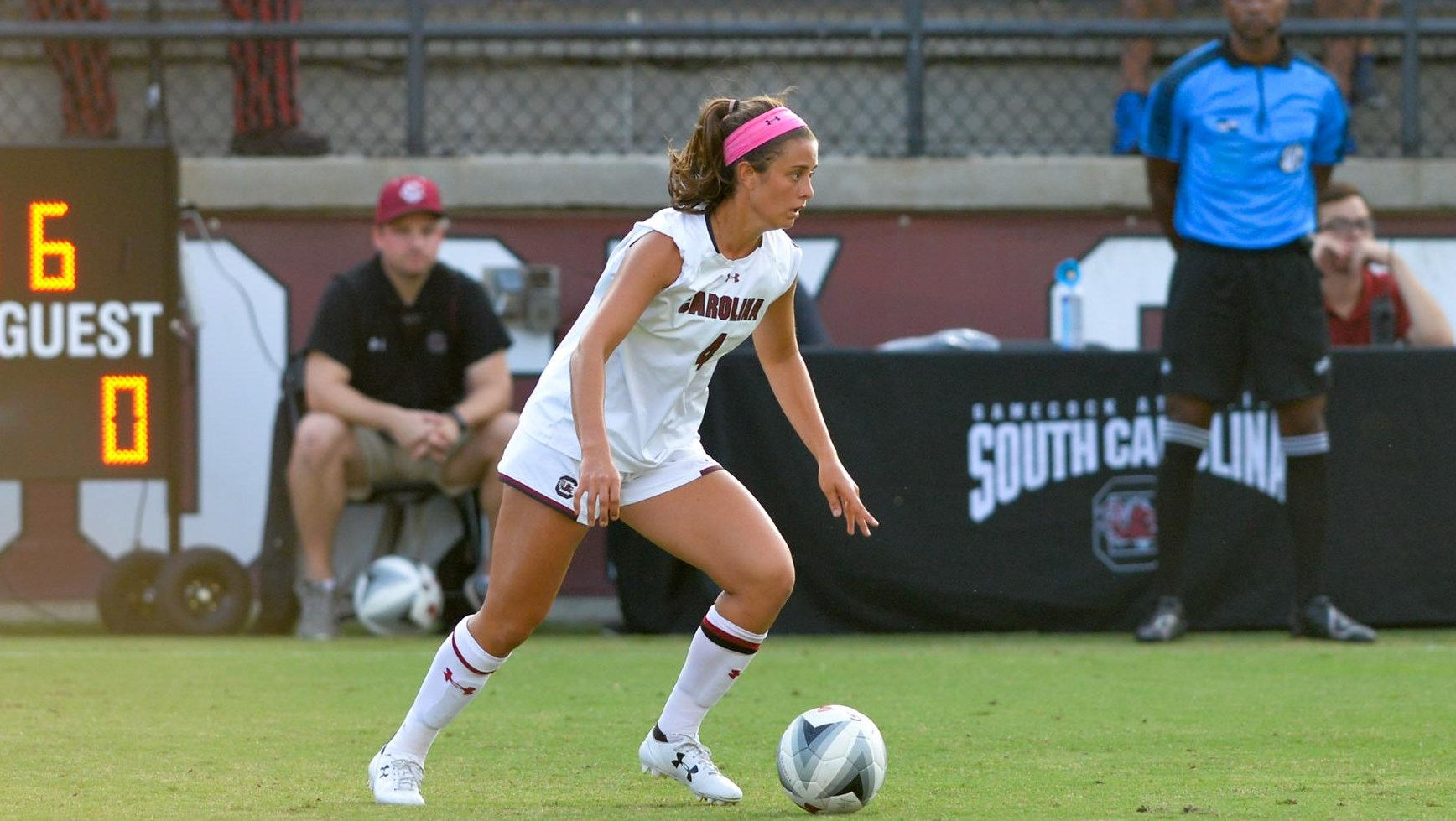 Determination and talent meet in student Jackie Schaefer, who has been playing for the women soccer team at the University of South Carolina since she was 17.  Born in Massachusetts, she says she has always been a fan of Boston’s pro teams, despite moving to Florida when she was in kindergarten. Now a sophomore attending the college of nursing, she is set to complete her BSN to become a registered nurse.

Her experience at UofSC started a semester early due to her involvement as a student athlete. Like many of her peers, she was not initially really sure what she wanted to focus on with her bachelor studies. “I did not have clear idea of what I wanted my career to be,” she confessed. Her aspirations to become a nurse originated after taking an anatomy class her first semester and shadowing her aunt at the hospital. Those experiences sparked her passion for the subject and motivated her to change her major to nursing. Schaefer was recently admitted into the upper division program and is considering earning a DNP in the future, focusing on pediatrics or anesthesia.

As a student athlete, she faced numerous challenges in her effort to do well both academically and on the soccer field. “I would say the most difficult thing about being a student athlete is the travel, because of how much class you miss,” she stated. On average, Schaefer would miss about two days of class a week. Constant communication with her professors, she argued, is key for any athlete who wants to succeed as a student. “Sometimes athletes get the stigma that they are not good students, but I take a lot of pride in doing well in school while having to balance 20 hours a week to soccer commitments.” Good time management skills were also the key for her academic and athletic success. Her involvement with the soccer team will continue throughout her upper division studies, despite a career-ending injury that she sustained in late October of 2018. Schafer will not be able to compete anymore, however she will help the team however she can.

Schaefer advises students facing similar hectic schedules to get involved in activities, whether curricular or extra-curricular, that are passion-driven. “Do things that you get enjoyment out of and you do not see as a job. If you view your sport or your major as a passion instead of a job when the going gets tough you will be able to preserver through any obstacle and not allow yourself to give up.”