Troy S. Penny has over 30 years of IT leadership and project management experience both in private business and while serving with the Department of Defense in the United States Air Force. His industry experience with Fortune 500 companies spans the health care, manufacturing, transportation, services, aerospace and telecommunications fields. Prior to his current roles, he was a Program Manager at BlueCross BlueShield of SC, the Vice President of Solutions Delivery for Computer Extension Professionals and served as the Director of Information Technology for KoSa North America. Troy frequently donates his expertise to community and charitable organizations. In 2014 he donated his time to the Diocese of Charleston serving as the Project Manager and organizer for the first ever Catholic Men’s Conference held in the State of South Carolina.

David Helps is the Vice President of Education for the South Carolina PMI Midlands Chapter. He has over 18 years of IT experience in the State Government sector. He is currently serving as a Project Manager in the Project Management Office at the S.C. Department of Education where he is assisting with the further growth and expansion of the PMO and has overseen several projects in infrastructure modernization and program area workflow management.

He began his career as a Mainframe Programmer and shortly moved to Web application development at University of South Carolina. While at the University of South Carolina, he tuned his skills on requirements gathering and design. His career then took him to the S.C. Department of Disabilities and Special Needs as a Business Analyst, where he was able to work on his Project Management skills. Now, at the S.C. Department of Education, he is working to build up a PMO and expand the use of Project Management in multiple areas of the agency.

He is a graduate of the College of Charleston and the University of South Carolina. He holds a PMP certification with the Project Management Institute which he earned in 2010.

Troy S. Penny is a certified Project Manager and former Vice President of Education and board member for the Project Management Institute (PMI-Midlands). 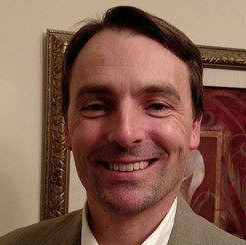 David Helps is the Vice President of Education for the South Carolina PMI Midlands Chapter.