Julius Fridriksson discusses how a person’s brain recovers from a stroke: 0:58 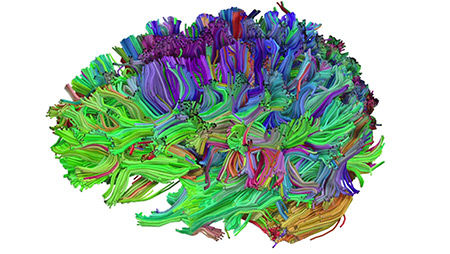 University of South Carolina professor Julius Fridriksson has been awarded an $11.1 million grant from the National Institutes of Health to research stroke recovery and work to improve the lives and communication skills of patients after they suffer strokes.

Fridriksson, a professor in the Arnold School of Public Health, studies how a person’s brain recovers from a stroke, paying particular attention to how stroke affects communication. While technology and treatment have significantly improved a person’s ability to survive a stroke, there is much work to be done to help those who suffer from communication issues in the months and years afterward, he said.

More than one-third of the people who have strokes suffer from aphasia, a condition caused by a brain injury that affects a person’s ability to speak, write, read and understand language. The grant, from the National Institute on Deafness and Other Communication Disorders (NIDCD) will create the Center for the Study of Aphasia Recovery at Carolina.

The need is particularly high in South Carolina, a state with the seventh-highest stroke death rate in the nation in 2014. It is part of the “Stroke Belt,” a group of Southeastern states with high stroke death rates.

Fridriksson’s work relies heavily on detailed pictures of the brains of stroke patients made at the MRI scanner at the McCausland Center for Brain Imaging at Carolina. Those pictures show blood flow and functional activity of the brain, allowing researchers to understand changes and workings of the brain related to stroke and recovery. The grant will be used to research and better understand individual responses and recovery following stroke for patients who have aphasia in both the first days and weeks after a stroke, and in long-term recovery. He is hopeful the research findings will have national and international implications on stroke patients’ treatment.

“The study we are about to take on, once we finish it, is going to be the largest study of aphasia recovery in the past couple of decades,” said Fridriksson, who has been working on aphasia research since joining the Arnold School 15 years ago. “What we’re trying to do here is to get a big data approach to understanding recovery. That doesn’t happen unless you get a lot of patients to come in and receive therapy.”

The grant will allow work on four major projects:

“One of the first things we want to know is why is there such variance in who responds to treatment,” Fridriksson said. “It’s something that we know very little about.”

To learn more about Julius Fridriksson and his research, visit the Arnold School of Public Health website.