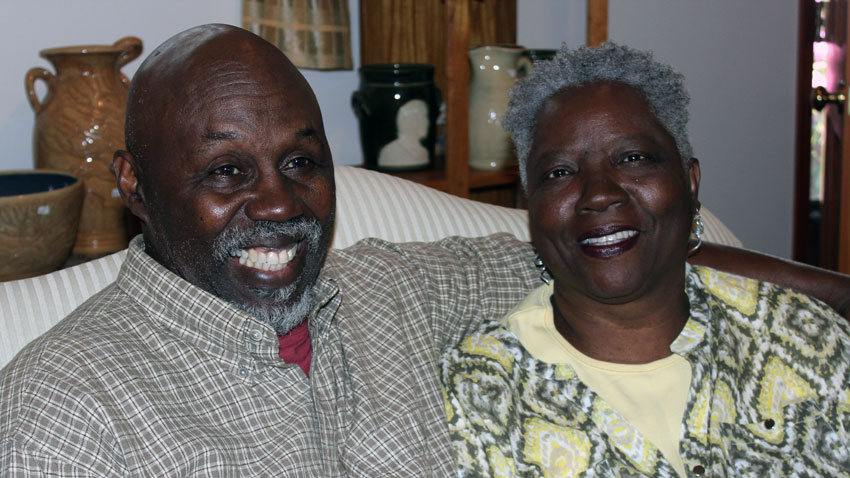 Rosa and Winton Eugene married in 1968 and moved from South Carolina to Chicago and back home again, with careers in carpentry, nursing, carpet installation and farming along the way. But it’s the work they are doing now – making elegant, functional pottery in their Upstate studio – that has brought them attention, accolades and a new surprise.

On Saturday morning, each will be awarded the honorary degree of Doctor of Fine Arts at the 9:30 a.m. University of South Carolina commencement ceremony. The award was unexpected for the self-taught artists who have turned their hobby and creativity into a commercially successful career.

“I was shocked. And it was nothing I had planned. At this stage in my life, it’s like the climax of your career,” Winton Eugene said. “You’re satisfied because somebody did recognize what you were doing even though you didn’t do it for recognition; you were doing it for enjoyment. But it’s nice to know people in a higher place appreciated what you were doing.”

Winton Eugene said his children bought him a potter’s wheel for Christmas, joking that they wanted him to have a hobby so he would stop bothering them. Winton, a Louisiana native, said he always was interested in art, but he didn’t have any formal training. Soon he quit his day job and devoted himself to developing skills as a ceramic artist in the studio he built next to their home in Cowpens, South Carolina. But while he was successfully making unglazed pottery, he was having trouble with the glazing process.

That’s where Rosa Eugene stepped in. A Spartanburg, South Carolina, native and graduate of USC Upstate, Rosa was working as a nurse when she started helping Winton in the studio. She perfected the glazing technique and soon retired from nursing and became a full-time artistic partner with her husband. The Eugenes have experimented with different clays and glazes, along with styles for etching and painting pottery surfaces.

They fire their pottery in wood, gas and electric kilns, all located on their property. Rosa works in larger pieces, while Winton works with smaller pieces and draws and carves images for all of the pieces.

In 2000, the Eugenes were selected as members of the African-American Design Archive at the Cooper-Hewitt National Design Museum at the Smithsonian Institution in New York. They sell their pottery through their studio and at craft shows around the country. Their pieces, known as “Eugenes,” are held in private collections as well as the Asheville Art Museum in North Carolina, the International Folk Art Museum in Santa Fe, New Mexico, and the McKissick Museum at Carolina.

“The Eugenes’ story of moving to South Carolina and building a successful business making and selling content rich and functional pottery is one of the stories of Southern life that McKissick Museum is proud to tell,” said Jane Przybysz, director of the museum on the university’s Horseshoe. “Their unwavering commitment to artistic excellence, experimentation, entrepreneurship and community service make them exemplary residents of South Carolina and excellent role models for University of South Carolina students.”

The University of South Carolina will host commencement ceremonies at the Colonial Life Arena: 3 p.m. Friday (May 6) and 9:30 a.m. and 3 p.m. Saturday (May 7). The ceremonies can be watched online via livestreaming.