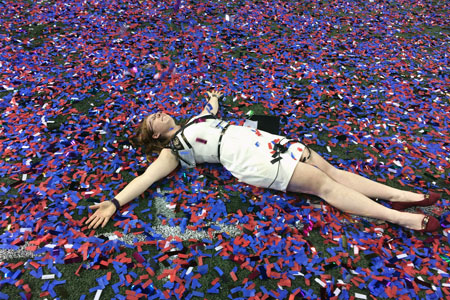 "You’re not going to succeed unless you put yourself out there and get noticed.” — Tamlyn Horne, '12, '14, sport and entertainment management, and event coordinator for the Georgia Dome

The skills learned in her 18 months of work at the Dome and before were put to the test in the final week of 2016 and the first week of 2017. The facility hosted the Chick-fil-A Peach Bowl on New Year’s Eve, the Falcons’ last regular season home on New Year’s Day, and Passion Conference (a religious gathering) Jan. 2-4. Five days. Five crowds of at least 50,000 people. One woman, leading a team, made it all go off without a hitch.

“I’m very proud to have Carolina as my alma mater,” Horne says. “I wouldn’t be where I am today without it.”