Marshall Winn doesn’t like speculating about what might have happened if he’d taken that full ride to Harvard instead of accepting the one to the South Carolina Honors College. 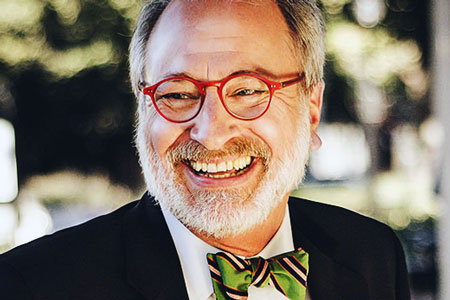 "When you come out of the Honors College, you have had tremendous advantages given to you that were not inexpensive, especially if you received a scholarship. The least you should do is pay that forward." — Marshall Winn, '74 English

For one thing, he might not have married Jeannette, his high school girlfriend. For another, he wouldn’t have had English with James Meriwether, French with Bill Mould, history with Bob Patterson or philosophy with Foster Tait. Those stimulating courses, taught by some of USC’s most creative, exacting professors, did exactly what the college intended — kept a young promising South Carolinian in state to become a contributing citizen.

“The most important thing the Honors College did for me was prepare me to live a very interesting and reasonably well-examined life,” said Winn, ’74 English, a lauded Greenville trial and business lawyer who grew up in Spartanburg. When he enrolled in Harvard Law School in 1979, he was gratified to find he was just as prepared as his classmates from better-known schools across the country. In some cases, even better.

Take film — French and otherwise. Thanks to Mould, Winn had acted in French plays, watched French movies, listened to radio broadcasts from Montreal, studied a Deux Chevaux. After graduation, during the five years he worked for the SCHC’s admissions office, Winn watched movie after movie — all free — of American New Wave and foreign films in the Russell House. “There I was, getting this fabulous cinematic education,” he recalled, noting the film series was organized by two SCHC students. “I was much better educated when I went to Harvard when it came to movies. They were playing things I’d already seen.”

It may have been the shocking B-minus on a paper for Patterson’s History 101 Honors course — “I was horrified” — that helped Winn most. “It was the most challenging class I’ve taken anywhere at any level,” he says. “He used the Socratic Method the way it’s supposed to be used. I ended up pulling an A out of that class, but it was hard — really, really hard. But I learned to think like a historian.”

That means he knows to check several sources before accepting something written as true, a critical practice for any counselor at law.

These days Winn stays busy advocating for clients, serving on numerous upstate boards, singing baritone with the Greenville Chorale, and supporting the Honors College financially and with his time as chair of its partnership board.

“When you come out of the Honors College, you have had tremendous advantages given to you that were not inexpensive, especially if you received a scholarship. The least you should do is pay that forward, particularly if you’re lucky enough to make a little money down the line,” he says. “You should pay it back with what I like to say, interest. If you can, endow it, so it will be forever. Be generous with your money because somebody else was generous with his or her money and made it possible for you.”

Catching up with Marshall Winn