Poet and novelist's work to join collections of Fitzgerald, Hemingway, Conroy and others

The personal archive of international best-selling writer and South Carolina native Ron Rash has found a new home at the University of South Carolina.

The archive, which spans Rash’s life from boyhood to the present, details his career as a poet, short story writer and novelist and joins other contemporary American literature collections at the university’s Ernest F. Hollings Special Collections Library. Among Rash’s award-winning works are the novel, “Serena,” which also was made into a movie, and the short story collection “Chemistry and Other Stories.” 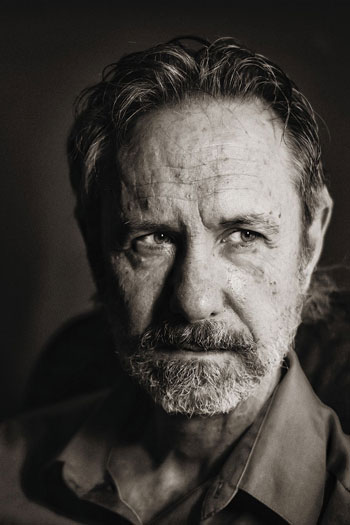 Writer Ron Rash grew up in Chester, South Carolina, before moving to the Appalachian area of North Carolina. He is arguably the South's most prominent living writer.

“Ron Rash is a rising superstar,” says Tom McNally, dean of University Libraries. “He is a great writer who has international acclaim and so many more works that he will produce. His archive is an excellent addition to the amazing manuscript collections we are building. These are unique primary research materials that draw scholars and students to our university and state and are the source of books, journal articles and dissertations.”

Announced Thursday (April 27), the archive was made possible with the support of the Easterling-Hallman Foundation to support the acquisition of modern American literature manuscript collections. Thursday night Rash will be awarded the university’s Thomas Cooper Medal at a dinner in his honor.

Rash, disciplined in many aspects of life, has a daily regimen of exercise and writing. A novel can take him three years and 15 drafts, with his final draft always addressing sound and rhythm.

Those drafts, which convey the writing process, are part of the archive, which also features correspondence with writers, editors and publishers, research notes and materials in the development of his novels, short stories and poems, first editions of all his works, family history and genealogy and personal journals kept as a teenager.

“It is both flattering and a bit eerie when a writer is discussing his or her archives,” says Rash who was approached by McNally and writer Pat Conroy about adding his archive to the university’s collection of Southern writers. “Pat Conroy was really committed to putting together a nice archive. Valuing the work was evident from everyone at the university. I feel honored to be with writers such as Robert Burns, F. Scott Fitzgerald and Pat Conroy.”

Rash says he was particularly drawn by the university’s commitment to outreach and to have his archive available to students and scholars.

“It is hugely important. As a writer, it has been valuable to look at drafts and letters by other writers. They reveal so much. They give insight into a life and how one lives. I like that an archive is not for just for a few people but open to everyone,” Rash says. 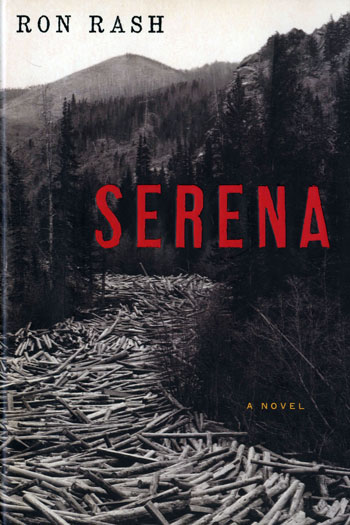 Rash has earned many accolades for his work, including being named a PEN/Faulkner finalist for his New York Times bestselling novel “Serena." Earlier in April, he was named a 2017 Guggenheim Fellow .

“It was Pat who told me to go and get Ron’s papers now,” McNally says. “People see what we do with the collections we have acquired. They see how we integrate them into the curriculum and promote them. We don’t just put items on the shelf and let them collect dust. These things really resonate with donors. And, the beautiful Hollings Library is a place anyone would their collections to call home.”

Rash’s stories have introduced and connected readers around the world to the Appalachia region of the South. And although he has spent most of his life in North Carolina, he is proud of his South Carolina roots, evident in many of his works and never far from his thoughts.

“I moved to North Carolina when I was 8. Two of my novels are set in South Carolina, as well as poems and short stories. It is something we can be proud of that the Carolinas produce some fine literature,” said Rash. “Over the years, it is amazing how many people I have met who were taught by my father at Chester High School. The one bittersweet aspect is that I wish he — a man who quit high school, worked in a cotton mill, earned his GED, drove 50 miles to take night classes and became an artist and taught art — could be here.”

Rash’s archive joins many prominent collections acquired by the university in the last 25 years, including Conroy, Fitzgerald, Hemingway and James Ellroy.

“The acquisition of the Ron Rash Archive is a sign that we are collecting the papers of 20th- and 21st-century American authors. If you look back to the acquisition of the James Ellroy archive in 1999 and consider the other collections we have acquired over the past 20 years, you can see a strong trend,” said Elizabeth Sudduth, director of the Irvin Department of Rare Books and Special Collections. “Ron Rash’s archive is an especially exciting acquisition as Ron is still working and all of his future works will come to the university.”

Select pieces of the Ron Rash archive will be on display in an exhibit titled, “More than a Southern Author: Influences and Impact in the Works of Ron Rash,” in the Hollings Library through July 31. The gallery is open weekdays from 8 a.m. to 5 p.m., and there will be a special open viewing 10 a.m. to 2 p.m. on Saturday (April 29). Once processed, the entire collection will be available to the public.