A roost fit for Cocky

Former mascot has a new tailgating spot on the Cockaboose Railroad

During the years he roamed the sidelines as Cocky, Garrett Humphries was never able to take part in a beloved Carolina tradition, tailgating at Williams-Brice. He’s making up for it now — in style.

Humphries, who performed as Cocky from 1998 to 2001, now owns a train car on the Cockaboose Railroad, allowing him to celebrate pre- and post-game in the shadow of the stadium. Named “Cocky’s Cockaboose,” he took the caboose down to the bare metal walls before refurbishing it in gray and white tones with garnet painted glass cabinets, sleek countertops, a Bose sound system and an assortment of Gamecock memorabilia including framed photos of himself as Carolina’s feathered mascot. The final touches were complete in early September.

So how did the opening game go in his new roost?

“It was absolutely amazing. We took tailgating to a whole new level,” Humphries says. “We danced, we ate, we drank. We had people dancing on the street and in the stadium parking lot. Everybody was enjoying our music. It’s definitely the party Cockaboose on Saturdays.” 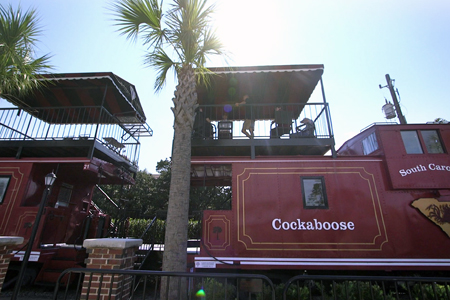 When Garrett Humphries was Cocky from 1998-2001, he never got to enjoy tailgating. He now has a Cockaboose on the Gamecock Railroad and parties in style before each home game.

Humphries did plenty of dancing during his years as the Carolina mascot, and even was nicknamed “the dancing Cocky” for his antics on the field. (He shakes a leg off the field, too, as a professional shag dancer. He also spent two years after his time as Cocky as the backup for Carolina Panthers’ mascot Sir Purr.)

Humphries, who earned his undergraduate degree in marketing and management from the Darla Moore School of Business and a master’s from the School of Hotel, Restaurant and Tourism Management, caught the mascot bug early. He was drawn to Cocky as a child attending Gamecock football games, and aspired early to wear the feathers and the yellow feet. He became the Indian mascot at Gaffney High School to prepare so he’d be ready to audition when he got to USC.

While he says he loved every minute of his time as Cocky, especially the interaction with fans and kids, his favorite moment was emerging from the magic box during the pre-game ceremony as “2001” played.

Along with his dance moves, Humphries also was known for the accessories he added to the costume, dressing as a hunter, referee, dog catcher, water boy and goal post repair company worker. His mother, father and grandmother custom made all the additions to the Cocky suit, including a doctor’s outfit for when he visited children in the hospital.

There were some tough seasons — he was Cocky for Brad Scott’s final year and Lou Holtz’s first season, a stretch of 21 straight losses. But those memories were erased with the 2001 season, what he calls the turnaround year for Carolina football, when the Gamecocks went 8-4, including two victories when fans stormed the field and tore down the goalposts.

After years of on-the-field excitement, Humphries, a district manager for a pharmaceutical firm, has enjoyed tailgating as a graduate with a group of a few dozen friends. Ever since he heard about the Cockaboose Railroad as a kid, he says he has dreamed of owning one.

So, while he may not be on the football field Saturdays in the fall, you’ll find him nearby — living out his dream in Cockaboose No. 22. 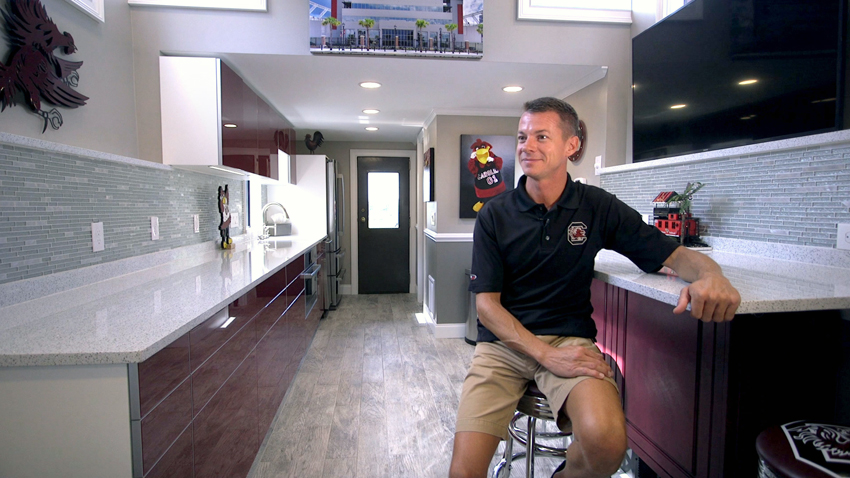