Lawrence Hill arrived in Columbia in the summer of 1977 as a student in the first-ever class at the University of South Carolina School of Medicine. He enjoyed the camaraderie of his fellow students, the small classes and his mentors. 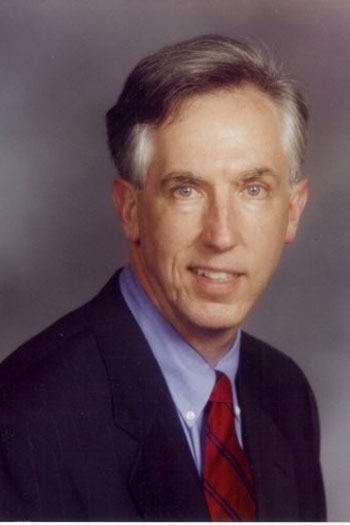 Lawrence Hill, a graduate of the University of South Carolina School of Medicine, is making planned gifts to be used for student scholarships.

“We have medical students who rotate with us now, and I see the high cost of a medical education,” he says. “I see what they have to pay. My funds are specifically for scholarships for medical students.”

From the time he started high school, Hill knew he wanted to practice medicine. He always was interested in math and science and admired his uncle, a general surgeon in Richmond, Va. During summers, Hill worked as an orderly at what is now Greenville Health System, where he currently practices medicine and helps train USC medical students. He laughs and says a few people at the hospital even remember him from his high school days.

After earning a bachelor’s degree in chemistry from Hampden-Sydney College in Virginia, he chose to be part of the first class of medical students in Columbia. He was heading toward a career in general surgery, until his final rotation introduced him to urology. There, mentors in Columbia steered him toward the practice and have continued to guide him throughout his career.

After graduation, he did a two-year general surgery residency at University Hospital in Jacksonville, Fla., then did a residency in urology at George Washington University and a fellowship in urology at Baylor University in Houston. But he knew he wanted to come home. He started practicing medicine in his hometown of Greenville in 1987, and now practices with GHS' Regional Urology.

Hill says he has worked for years with medical residents from all over the country at GHS. And since the opening of the USC School of Medicine Greenville, he has had the opportunity to interact even more with students.

“It’s been fantastic. It’s nice to see them as they progress in their education,” he says. Along with what he’s done for students in the hospital and his medical practice, his planned gift will help students pay for their medical education. He jokes that you “can’t take money to your grave,” and decided to make gifts to the two medical schools, his undergraduate alma mater and his church.

Jerry Youkey, dean of the School of Medicine Greenville and long-time colleague of Hill's at GHS, says. “These incredibly generous gifts are classic Larry Hill. He has devoted his entire career to caring for his patients, helping his fellow physicians and quietly assuring a better future. The world would be a better place if more of us followed his example.”