Here’s a challenge: adequately describing Robert Violette in 650 words. Ink on paper can’t capture him — the visual artist, the publisher, the musician, the fundraiser for victims of the Grenfell Tower disaster in London, where he’s made his home since 1988.

A personality profile is simply insufficient. Thankfully, he’s aware of that frustration, having spent 29 years creating, editing and producing dozens of art books and magazines, first as a publications director at a contemporary art gallery, then on his own since 1995 with Violette Editions, his independent publishing company. 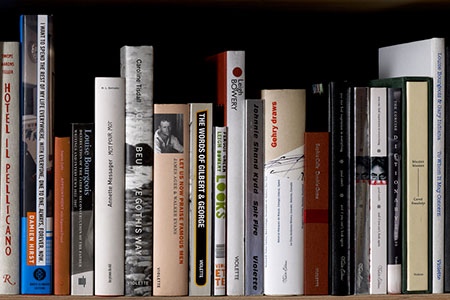 Collaborating with leading contemporary artists and designers — among them Louise Bourgeois, Damien Hirst, Jeff Koons, Tom Dixon and Sir Paul Smith — Violette has helped bring new work into the world, much of it at the cutting edge. To that end, he is also a founding adviser of the London-based Block Universe performance art festival, now in its fourth year. Besides focusing on the talents of fashion and furniture designers, photographers and architects, Violette Editions mixes things up editorially. Collaborating with French conceptual artist Sophie Calle, he added the fiction of Paul Auster based on or inspired by her work. "Double Game" remains in print 18 years later and will soon enter its fifth edition.

“When I undertake to publish a book with an artist for Violette Editions, it is always driven by the desire to work with that specific artist and to make a book that has never been created before,” Violette observes. “For me, it’s about the experience of working with another artist, not about the business of publishing.”

A 1987 BARSC graduate from Lowell, Mass., Violette abandoned an offer from Boston College to enter the South Carolina Honors College at UofSC. Finding an encouraging spirit in dean Bill Mould, Violette also did an independent study with acclaimed printmaker Boyd Saunders in the Carolina art department, and spent a year at the University of Warwick in England, where he met his future wife, Sandy. He also was introduced, through his thesis director Bill Matalene, to the works of philosopher Morse Peckham, a Carolina professor who died in 1993. Though Violette never met Peckham, Peckham’s transdisciplinary theory of language and human behavior resonated. When Violette restructured his company in 2015 to focus again on his own art, he found Peckham’s scholarship still inspired and intrigued. 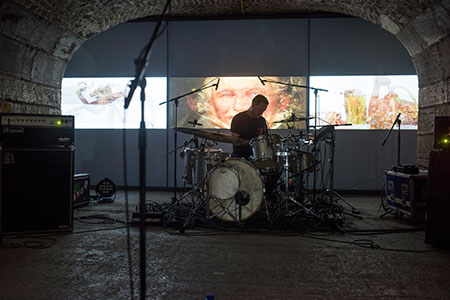 “Like life and language, and our interaction with people and the world and art, when you throw a ball against a wall it always bounces back, one way or another. It’s forever a continuous cycle of infinite variations,” he says. “What happens when it doesn’t bounce back? That relates to Peckham, but there are also nuances relating to theories of play, psychoanalysis and to the puzzling behavior of quantum particles. Simple, eh?”

Violette’s work has gained notice. In 2001, he was the first illustrated book publisher selected as a fellow for the Jerusalem International Book Fair. In 2005 he was one of four finalists for the Oxford Samuel Beckett Theatre Trust Award; the September 2011 anniversary issue of Wallpaper magazine named him “one of 150 international movers, shakers and makers of the last 15 years.”

An occasional leader of creative workshops — he has conducted them at the Royal College of Art, the BBC and the University of the Arts in London, among others — his “editorial lecture performance” at the London College of Fashion’s Centenary Conference no doubt was entirely unexpected. Starting at the lectern in the usual way, Violette discussed editorial strategies and showed slide images. Then while he spoke the floor-to-ceiling wall behind him was unfolded to reveal 30 creatives and editors working in full view of the audience for a "live" publication based on the content of the conference.

“The only boundaries we face are the ones we create for ourselves” is one lesson Violette learned from Mould, and one he would pass on to SCHC students today. He would add a few others, including “Follow your drives and desires even if they’re unpopular. If some path or opportunity doesn’t exist for you, try to make it new.”