From refugee to novelist 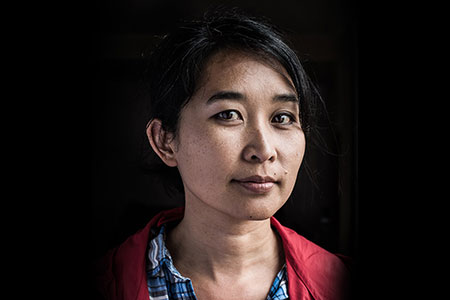 Hear author Thi Bui's talk on Feb. 27 in the Russell House Theater. She'll speak on her experience as a Vietnamese refugee and her resulting illustrated memoir.

Award-winning novelist Thi Bui will come to tell her story as the Carolina International House at Maxcy College Spring 2019 Visiting Fellow. Bui will give a talk titled, “The Best We Could Do: The Search for Freedom and Home Across Borders.” Based on her graphic memoir “The Best We Could Do,” she spent 12 years perfecting her story before it went to print in 2017. The book is an illustration of Bui’s life in Vietnam, her family’s journey as refugees to the United States and her building of a Vietnamese-American family as an adult.

“On the one hand, it's about Vietnam, the horrors and anguish of the Vietnam War. So it's a challenge to American memory of that awful, U.S.-produced conflict,” said David Snyder, faculty principal of the Carolina International House. “At the same time, it's a deep family memoir and as such it's about the ways in which deep family history shapes us, and keeps shaping us.”

Bui composed her memoir from scratch — with no formal illustration training. Five years after beginning it, she received a comics residency at the Atlantic Center for the Arts, which helped move the project along. She left her full-time teaching job in 2014 to finish the book, and in spring 2017 it rolled out to critical acclaim.

“It is a wonderful read, intellectually approachable but emotionally fraught,” says Snyder. “The drawings are deeply moving as well.”

This semester’s event will appeal to “anyone watching the news in contemporary America,” says Snyder. “She is deeply concerned about immigrants in American life, as she was a refugee herself at the age of 2. Her talk couldn't be more timely.”

The event will take place at 7 p.m. Feb. 27 in the Russell House Theater, and a book sale and signing will follow the talk. It is free and open to the public.