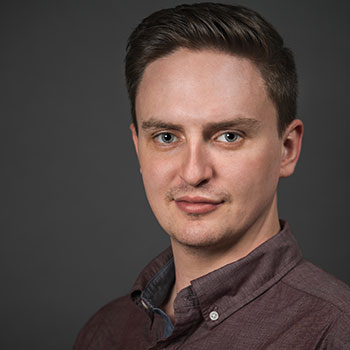 David Beek went through a roller coaster of emotions on the day he turned 27 this past April. From being involved in a car accident, to finding out that that he was selected as one of six individuals from the University of South Carolina to receive a Fulbright Grant, Beek ended the day on top, forgetting all about the downside.

For the 18th consecutive year, the University of South Carolina will be represented abroad next year by Fulbright U.S. student grantees conducting research, studying and serving as English teaching assistants. In addition to Beek, this year’s Fulbright Finalists (those offered the Fulbright Student Grant) from the university are Alexis Bantle, Emily Fisher, Hanna Lamm, Tamera Sullivan and Danielle Wood.

The Fulbright international educational exchange program is sponsored by the U.S. government and is designed to increase cultural understanding between the United States and other countries. Each year, more than 1,900 U.S. students, artists and young professionals in more than 100 fields of study are offered grants to study, teach English and conduct research in over 160 countries worldwide. 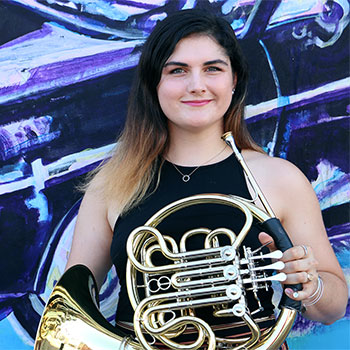 Beek, a doctoral candidate in comparative literature at South Carolina, is a 2015 graduate of Central Michigan University. His research focuses primarily on 20th- and 21st-century literature from the Americas, in particular, works from the United States and Brazil. He will be spending his Fulbright year conducting independent research at the Federal University of Paraíba in João Pessoa, Brazil.

“What really began to interest me while studying Afro-Brazilian and African American literature was the way that I was able to deconstruct some of the ways that I thought,” Beek says. “I’m a white guy from northern Michigan, but through studying literature, I began, and am still able to gain perspectives from different cultures and time periods without actually going through the experiences myself. That’s something that has always really sparked my interest.”

Following lifelong interests is a reoccurring theme with the recipients of the grant. For example, Danielle Wood is using the Fulbright to further pursue her passion of music, which she calls her “second language.”

Wood is a 2019 graduate of South Carolina, where she majored in music performance with a minor in mathematics. She has received a Fulbright to study at the University of Potsdam in Germany during the 2019-2020 academic year. Her project is a comparative study of the performance of and audience appreciation for 20th century music in Germany and the United States. 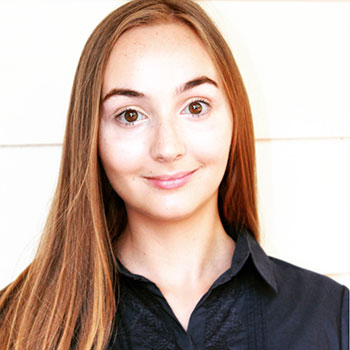 Wood previously conducted music research in Switzerland and Germany as a Magellan Scholar.

She credits the opportunities that she was afforded through the School of Music for helping her be successful in following her dreams.

“The UofSC School of Music provided me with a community of faculty and colleagues who supported me every step of the way during my Fulbright application,” Wood says.

Upon completion of the Fulbright, Wood plans to obtain a master's degree in music cognition and hopes to pursue a career as a professor with emphasis on researching music accessibility, mathematics and cognitive science.

Hanna Lamm, a graduate from the Darla Moore School of Business with a degree in supply chain and operations management as well as a directed study in Arabic, works as a supply chain analyst for Daimler Trucks North America.

Previously, she interned with the U.S. Department of State assisting with curriculum design at the Foreign Service Institute. Her focus on Arabic along with her Middle Eastern background made her decision to become an English teaching assistant in Israel, an easy one. 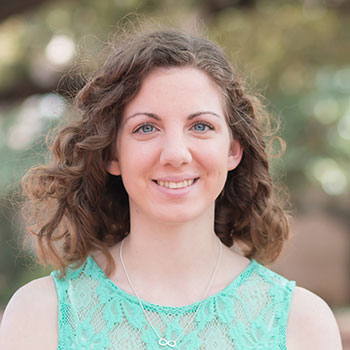 “My mother has always told me that part of our family is from there, so there are already existing ties to that part of the world,” Lamm says. “I'm young, I just graduated from school a year ago, what better time to travel the world?”

Alexis Bantle is a May graduate of the South Carolina Honors College with a major in biological sciences and a minor in chemistry. During her time at South Carolina, she has conducted undergraduate research on campus, in Germany through the DAAD RISE scholarship and through the NOAA Hollings scholarship. Bantle will be conducting research in Germany and plans to pursue a doctoral degree in molecular biology following her grant year.

“USC gave me the chance to work in a laboratory environment, and actually take responsibility for my own research projects,” Bantle says. “Not only have I been able to determine that research is the career I want to pursue, but I’ve learned the skills and knowledge necessary to succeed. USC has taught me not to doubt myself, to have confidence in my abilities, and to never fear failure, while also reminding me that I can keep improving myself as a student, as a researcher, and as a person.”

Tamera Sullivan also graduated from the South Carolina Honors College in May with a major in chemistry and a minor in Spanish.

As a UofSC student, Sullivan has served as a resident mentor and captain of the UofSC Marching Band Colorguard and participated in the Global USC in Costa Rica study abroad program. 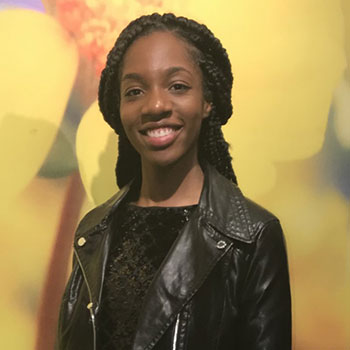 She has received a Fulbright study grant to pursue a master's degree in global health in Taiwan and plans to attend medical school to become a pediatrician after completing her degree.

“When I was researching Taiwan, I saw what a beautiful country it is, with an expansive history and many advancements in the health field. I know that I have a lot to learn from them that will only help me when I return to the United States,” Sullivan says.

She views the Fulbright year as an opportunity to grow and gain experiences that will last a lifetime.

“I also love learning languages ... I see it as a challenge,” Sullivan says. “Going in with very limited Mandarin knowledge, I know that my language skills and my ability to learn languages overall will improve immensely after this experience.”

Emily Fisher, a 2019 South Carolina Honors College graduate, has double majors in English and experimental psychology with minors in Spanish and communication sciences disorders. She was the executive director of the Waverly After School Program and a Magellan Scholar. She plans to earn a master’s degree in speech language pathology and work in the public schools as a bilingual therapist and pursue a doctoral degree in speech and hearing sciences to work as a professor and researcher. She will spend the next year serving as an English teaching assistant in Spain.

“I had no idea what linguistics was until I came to USC,” Fisher says. “However, that changed during my first semester when I took an introduction to linguistics class and became fascinated about bilingualism and how language is acquired. 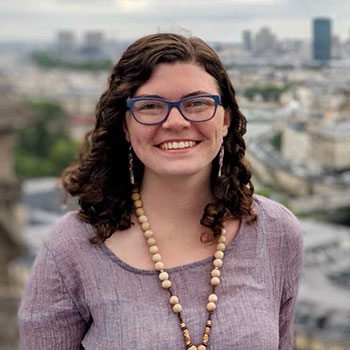 "My volunteer work through Waverly allowed me to spend hours each week helping students with their homework and working on their literacy skills, and it is the 120 or so children from my four years of volunteering that drive me to focus on literacy and speech.”

Even with the numerous extracurricular activities, Fisher was still able to perform well in the tasks that she chose to put on her plate and says that stress management counseling, which is available to all UofSC students, helped.

“I discovered that exercising regularly and making time to talk to and be with my close friends and family were both essential for me to be able to find a healthy balance in my life,” Fisher says. “I also learned how to be kind and compassionate to myself when I did not balance my life with the grace that I prefer.”

Four other UofSC applicants were named alternates for the Fulbright program: Lisa Camp, Devon Cassidy, James Mayson and Krystal Rampalli. Camp completed a master’s degree in English language and literature at UofSC in 2018. Cassidy is a 2019 graduate of the South Carolina Honors College where she studied public health. Mayson graduated from the South Carolina Honors College in May with double majors in biology and Spanish with a minor in mathematics. Rampalli is a doctoral student and Arnold School of Public Health Fellow studying health promotion, education and behavior.