A virus that heals? Meet the bacteriophage

The pediatric patient was in dire straits, her body under recurring attack from a bacterial infection. In the boxing match between superbug and antibiotic going on inside, the antibiotic was on the verge of being knocked out.

“The only option for her was an intravenous antibiotic, and whenever we stopped the antibiotic her infection came back,” says Andrew Gainey, a pediatric infectious disease pharmacist at Prisma Health Children’s Hospital-Midlands. “We knew every time we used this antibiotic there was an increasing chance the bacteria would develop resistance.”

Bacteriophages are viruses that attack specific bacteria and were discovered a century ago. They are believed to be the most numerous organisms on Earth. Scientists in Russia and eastern Europe conducted extensive research on phages in the early years. A major phage research center continues to operate in Tblisi, Georgia, but the discovery of penicillin in 1928 shifted the global medical community’s attention to antibiotic development.

Phage therapy is not on everyone’s mind — it’s not a common practice and not in the treatment arsenal at most places.

Some phage development continued to take place, but by the 1970s, the pharmaceutical industry had put all of its eggs in the antibiotic basket. Now, 100 years later and with the emergence of antibiotic-resistant bacteria, bacteriophages are getting a new round of scrutiny.

In the case of the pediatric patient at Prisma Health Children’s Hospital-Midlands, phages knocked out the infection — she was cured. Gainey, Burch and Daniels have had similar success with a couple of other pediatric patients, and they’re now hoping to work with other medical centers who have patients with drug-resistant infections. 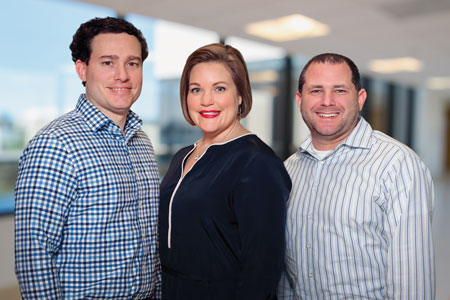 “Phage therapy is not on everyone’s mind — it’s not a common practice and not in the treatment arsenal at most places,” Burch says. “We’re just trying to create an option for patients who have resistant bacteria. We have the knowledge and skillset to hopefully cure them.”

While bacteriophages might sound like a silver bullet alternative to increasingly ineffective antibiotics, there are logistical challenges to their use. The first is that there are only a handful of biotech companies and academic research labs that have a stock of phages for medical use.

“Biotech companies and research labs are trying to develop some type of treatment for larger groups of patients versus looking for a specific phage for a single patient’s specific bacteria,” Gainey says. “A phage hunt, as it’s called, is time consuming and expensive.”

Phage cocktails, which combine several types of phages, could be administered on a broader scale and eliminate the need for matching one specific phage type with the targeted bacteria species, Burch says. Another speedbump to phage use is FDA approval.

“For phage therapy to become a more feasible option, there needs to be some changes in the bureaucracy and red tape on the FDA approval side,” says Daniels. “As it is now, it takes a month or two to get the approvals necessary to start treatment. Unfortunately, some patients with infections can’t wait that long.”

On the plus side, bacterial resistance to phages is possible but not nearly as inevitable as resistance to antibiotics, Burch says: “There are a lot of different phages available.”

If phage therapy gains more wide­spread use in Western medicine, it could buy time for those prone to chronic infections such as cystic fibrosis patients. In fact, the Cystic Fibrosis Foundation has provided significant research funding for phage studies.

“Eradicating the bacteria improves quality of life for cystic fibrosis patients — they’re not stuck in the hospital for two weeks and their lung function improves,” Burch says. “And with new medications emerging to actually fix the mutation that causes CF, buying more time is a good thing.”