The Office of Student Media at the University of South Carolina, also known to our audience and clients as Garnet Media Group, offers students experience in all forms of media while providing the Carolina community with information, entertainment, and a forum for the free exchange of ideas.

The Office of Student Media aims to empower its partner organizations to collaborate with each other, tell compelling stories, and connect with new audiences while providing in-depth training on established and emerging media and industry practices.

Our Organizations and Teams

The Office of Student Media includes four official partner organizations (The Daily Gamecock, Garnet & Black, SGTV, and WUSC) and four support teams (advertising, creative services, marketing, and multimedia) that work together and separately to produce student journalism and entertainment content for USC. Working in Student Media gives students the opportunity to discover their interests and strengths, meet a core group of fellow students to connect with, and gain experience that will help them land important internships and jobs. The Office of Student Media's work is governed by the Board of Student Publications and Communications.

The Daily Gamecock, USC’s student-run news organization, was the first student media outlet established at South Carolina. It was founded in 1908 as The Gamecock newspaper and printed weekly until 2006, when the paper was renamed The Daily Gamecock and began printing Monday through Friday during fall and spring semesters. In the fall of 2018, The Daily Gamecock re-branded its print product as The Gamecock alongside a change to one print issue per week, but kept the Daily Gamecock name on all digital products, which include a website that is updated daily; an email edition that is distributed on weekdays during the fall and spring semesters and weekly during the summer; social media accounts on Facebook, Twitter, and Instagram; and another website, where students and community members can find available housing and list properties for rent.

Garnet & Black was formed in 1994 as a consolidation of the university’s former yearbook and literary magazine. The entirely student-produced magazine is printed twice a year and focuses on areas of general interest to the university and Columbia communities. Between issues, the magazine staff also posts online-exclusive content on its website and on social media accounts on Facebook, Twitter, and Instagram.

SGTV was established as a Student Government initiative in the fall of 2006. It was added to the Office of Student Media and renamed Student Gamecock Television (SGTV) in April 2007. The station airs student-created content for five shows including new, sports, and various types of entertainment on campus channel 4.1, and content can also be found on the station’s website and the station’s social media accounts on YouTube, Facebook, Twitter, and Instagram.

WUSC, the university’s official student-run radio station, started broadcasting on the AM dial in 1947 and the FM dial in 1977. In 1982, the station found its current home on 90.5 FM, and in 2006, it began broadcasting in high definition. It can also be streamed live on iTunes, the station’s website, and on the TuneIn app. WUSC is a free-format station, meaning DJs are given individual control (in accordance with station policies) over selecting music for their show from WUSC’s extensive library. Experienced DJs can also host specialty shows, which can focus on one genre or style of music or include non-musical content, like a talk show. WUSC DJs and staff contribute blogs and other content to the station’s website and social media accounts on Facebook, Twitter, and Instagram. Because the station’s primary mission is educational, WUSC does not play Top 40 music and is non-commercial, though community members and partners provide support through underwriting and fundraising efforts.

Advertising is the Office of Student Media’s primary revenue source and accounts for about 55% of its annual operating budget. The advertising team is made up of student advertising representatives and led by the advertising manager, who is a full-time professional staff member at USC. Student representatives work with campus- and community-based clients and the creative services team to develop advertising solutions using Garnet Media Group’s diverse range of print, broadcast, and digital media.

Request a project from our Creative Services team

Garnet Media Group’s marketing team, in addition to providing general marketing and public relations support to partner organizations and the group as a whole, is tasked with producing two special publications per year, Best of Carolina and Carolina Insider. Best of Carolina is produced throughout the fall semester and published in the spring. Carolina Insider is produced in the spring and published at the beginning of the summer. The marketing team is led by professional staff and student leaders.

The multimedia team focuses on facilitating and creating collaborative work using a variety of media formats, as well as managing Garnet Media Group's network of podcasts.

To facilitate student development, the Office of Student Media employs full-time professional staff members to provide administrative support, advise students on best practices within their area, and oversee certain non-editorial student employees. To protect our student journalists’ First Amendment rights, professional staff members do not have the right to prior review of editorial content. Content and programming decisions are entirely up to student staff members. 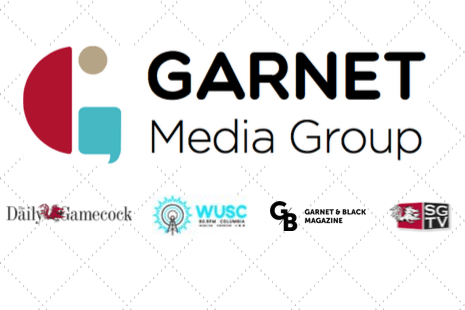 Learn more about all of the opportunities that Garnet Media Group offers to get involved and for members of the community to support student journalists and creators.