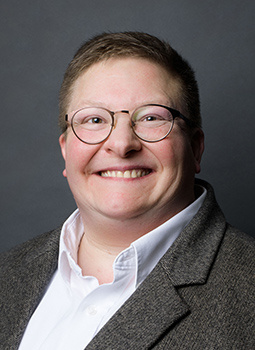 Dr. Hein is a Fellow in the American Academy of Nursing. he completed a Post-doctoral Fellowship in Health Disparities in Underserved Populations, at the University of Illinois, Chicago, College of Nursing.  he received his PhD and his MSN-FNP from Vanderbilt University.  His BA in psychology was completed at The University of Akron.

Dr. Hein is a leading scholar on LGBTQ health in South Carolina, and is nationally and internationally recognized. he was the initiator and primary author of the first nursing White Paper denouncing reparative therapy, which was adopted as policy by the International Society of PsychiatricMental Health Nurses (ISPN) in 2009. He was the first recipient of the ISPN Diversity Award for contributions to LGBTQ health. In 2013 he received the Palmetto Gold Award from the SC Nurses Foundation for excellence in nursing, specifically for educating students about LGBTQ health. he was inducted as a Fellow into the American Academy of Nursing in 2014. His work has been cited within and outside of nursing. Dr. Hein was invited to the White House by HHS Secretary Sebelius, for a briefing of 150 LGBTQ leaders on the Affordable Care Act (ACA) and returned in 2014 for a follow-up briefing.

Dr. Hein serves on the Advisory Board of the Harriet Hancock LGBTQ Center in Columbia and is the fifth nurse to ever serve on the Board of Directors of GLMA: Health Professionals Advancing LGBTQ Equality in its 35 year history. During his tenure, the board of GLMA submitted amicus briefs influencing appellate and U.S. Supreme Court decisions, regarding law and policy related to LGBTQ health.

Dr. Hein’s dissemination activities have included presentations at local, regional, national and international professional conferences as well as presentation of findings to collaborating agencies and community stakeholders. Dr. Hein’s work on the Board of GLMA: Health Professionals Advancing LGBTQ Equality was interprofessional and collaborative. GLMA’s work on behalf of LGBTQ health promotion has influenced federal, state and administrative law.

ER practice as an RN and NP (levels I to III, rural/ urban, public and private).