On a hot sunny South Carolina day, we had the pleasure of visiting, Mary Ann Parsons at her home located on the edge of UofSC’s campus. “I used to walk to the College of Nursing often,” she shared pointing to campus.

As the longest-serving dean at the University of South Carolina College of Nursing, we could have spent a full day reflecting on her time at the college. Since retiring, Parsons hasn’t had much time to relax. In efforts to stay current with the nursing field, she has worked with fellow nurse leaders to revise the seventh and eighth editions of the “Health Promotion in Nursing Practice” textbook. In her personal time, she stays busy enjoying her four grandsons and spends time at her Georgia cabin. Her loyalty to the College of Nursing is shown in her financial commitment to the Dean’s Circle, membership in South Carolina’s Guardian Society, and in establishing the Mary Ann Parsons Excellence in Leadership Endowment Fund.

Parsons’ roots run deep when it comes to South Carolina and the College of Nursing. She enthusiastically shared that she will be returning this fall as a student taking a political science class. When she began her tenure as dean in 1988, she had a vision of expanding research, practice, and leadership opportunities for nurses.Over her seventeen years as dean, she accomplished many “firsts” and built numerous programs.

Her achievements include developing the doctor of nursing practice (DNP) program, designating the Amy V. Cockcroft Program, building the nurse-managed center, and increasing the emphasis on research by growing the number of research centered faculty. During a time when many nursing programs focused on BSN education, Parsons saw a need to develop and specialize nursing leaders further.

“We looked at the progression of the greater nursing community and wanted to offer programs that met the needs of the evolving nurse, and that’s why we began the DNP program,” Parsons affirmed.

She fondly remembers the jubilation she felt when the first clinical doctorate graduated, “Her name was Linda Morphis, and it was so exciting.” She continued to say, “The inaugural program was rigorous, and it set the standard high for years to come.”

Back in the present day, Parsons spoke about the growth happening in the nursing field and at the College of Nursing. She noted positive development in the nursing arena, “Improvements have been made in legislation, and educational opportunities have excelled, this has allowed nurses to specialize and practice at a wider scope.”  As for the direction of the College of Nursing, she proudly expressed, “The direction Dean Andrews is taking the college is significant. She has been able to enhance funding, increase quality faculty, and implement innovative programs.” 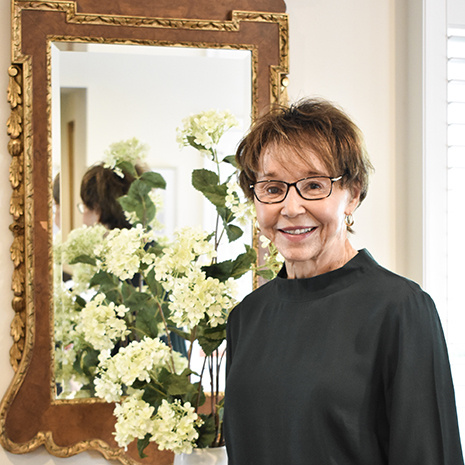 “Every dean builds on what was before them. I value the history of what others contributed before my deanship and what I was able to build upon. The faculty and staff were imperative in help me accomplishing our vision as a team.” - Mary Ann Parsons