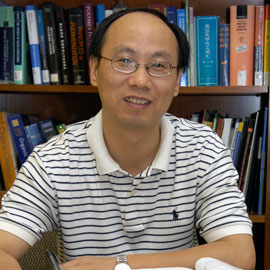 University of South Carolina chemistry professor Chuanbing Tang was named by President Barack Obama as one of 102 scientists to receive the 2017 Presidential Early Career Award for Scientists and Engineers -- the highest award given by the U.S. government to researchers in the early stages of their independent careers.