Much Ado about Shakespeare: First Folio at UofSC

The University of South Carolina will welcome the traveling exhibit of William Shakespeare’s First Folio on April 14, when the first collected edition of his works published in 1623 opens to the public.

“First Folio! The Book that Gave Us Shakespeare” will open at 5 p.m. April 14 and run through April 30 in the Brittain Gallery of the Ernest F. Hollings Special Collections Library.

The university is the only site in South Carolina to host the national traveling exhibition from the Folger Shakespeare Library, part of an international commemoration of the 400th anniversary of Shakespeare’s death. One of the world’s most treasured books, the First Folio includes 36 of his plays including “The Tempest,” “Macbeth” and “As you Like It.”

“Having a First Folio come to Columbia provides an exciting opportunity to bring Shakespeare to life for a South Carolina audience. Even many of those who have studied the Bard have never seen a First Folio,” said Tom McNally, dean of University Libraries. “This exhibit not only celebrates the 400th year of Shakespeare's death, it offers the opportunity to learn why Shakespeare is known to us all as the greatest writer in the history of the English language."

The exhibition includes one copy of the First Folio of Shakespeare’s work and supplementary materials supplied by the Folger Shakespeare Library. It is part of an international commemoration of the 400th anniversary of Shakespeare’s death, and it is expected to provide hundreds of thousands of visitors across the country with the rare opportunity to view the book.

Many of Shakespeare’s plays, which were written to be performed, were not published during his lifetime. Two of Shakespeare’s fellow actors compiled 46 of his plays, hoping to preserve them for future generations. The Folger Shakespeare Library holds 82 copies of the First Folio, the largest collection in the world. There are 233 known copies in the world today, and it is believed that 750 were originally printed.

In its case in the Hollings Library, the First Folio is open to the most-quoted line from Shakespeare, “to be or not to be,” from “Hamlet.”

University Libraries will use the exhibit as a chance to showcase its holdings of the works of Shakespeare and works related to his life and time in its “Much Ado About Shakespeare” exhibit on display in Hollings Library. The exhibit features items drawn from multiple campus library collections and includes astronomical prints, paintings, ceramics, armor, photographs, letters, children’s books and pop culture items.

“This is an opportunity for every citizen of South Carolina to experience firsthand this wonderful and magnificent book,” says Elizabeth Sudduth, director of the Irvin Department of Rare Books and Special Collections at Carolina. “We are also excited about the prospect of mounting a major exhibition drawing on our holdings of material by and about Shakespeare, his life and time.”

Visit the USC Libraries website for details and a full schedule.

The university is celebrating the First Folio with multiple events, including:

University Libraries unveils the First Folio and its Much Ado About Shakespeare exhibit. The event is free and open to the public, but reservations are required. Call 803-777-8240, or email for reservations.

Stephen Orgel, Stanford University professor and renowned Shakespeare and Renaissance literature scholar, will speak, along with University of South Carolina leaders and Irvin Department of Rare Books and Special Collections Director Elizabeth Sudduth. The USC Student and Faculty Recorder Ensemble will perform, and a reception will follow. The eclectic Much Ado About Shakespeare exhibit features items drawn from multiple campus library collections and includes astronomical prints, paintings, ceramics, armor, photographs, letters, children’s books and pop culture items. Special tours for classes or groups can be arranged by calling 803-777-8240. The First Folio and Much Ado About Shakespeare exhibit will be open April 14-30.

“The Tempest” and “Gravedigger’s Tale”

The university’s theater department will host two plays including Shakespeare’s “The Tempest” April 15-23 and the “Gravedigger’s Tale,” April 21-23. The “Gravedigger’s Tale,” a comedic retelling of “Hamlet” in which the title character interacts with the audience, was conceived of and directed by University of South Carolina professor Robert Richmond. On April 15, Stanford professor and Shakespeare scholar Stephen Orgel will provide an introduction to Richmond’s production of “The Tempest” at 6:30 p.m. in the Hollings Library Program Room. Visit the USC Libraries website for dates, times and ticket information.

Transcribathon is a social event at which everyday people try their hand at “translating” Renaissance manuscripts. Led by Paul Dingman, project director of Early English Manuscripts Online at the Folger Shakespeare Library, this event offers the community the opportunity to explore paleography — the study of ancient and historical handwriting. Free and open to the public. Guests must bring laptops to participate.

This annual lecture features Raymond Clemens, special guest from the Beinecke Library at Yale University. His lecture, “Will the Real Shakespeare Please Stand Up: How We Know What We Know about Shakespeare’s Plays from Early Print and Manuscript Sources,” is free and open to the public.

This afternoon-long celebration of Shakespeare’s birthday features these free events:

USC Theatre’s Juke Box Shakespeare, performances at noon and 2 p.m. Guests experience the works of The Bard as they would have been originally performed — in an interactive, open-air setting. Staged in the green space outside Thomas Cooper Library, Jukebox Shakespeareis a free event featuring a talented troupe of players performing a medley of Shakespeare’s most beloved scenes, sonnets and speeches.

Swordplay and dancing demonstrations at 11:30 a.m. on the green at the front of Thomas Cooper Library. The South Carolina Shakespeare Company members in period costume, armed with sabers, epees and broadswords, describe and demonstrate the fighting methods in Shakespeare's time and in his plays. Additionally, the company presents and discusses Renaissance dances. Performances are 15 minutes long and are repeated throughout the afternoon.

The Medicine Show at 1 p.m. in the Hollings Library Program Room. The South Carolina Shakespeare Company presents “The Medicine Show,” a performance of some of Shakespeare's most powerful scenes focusing on love, betrayal, health, healing and reconciliation.

Children’s shows at 2:30 and 3 p.m. in the Hollings Library Program Room. The South Caroline Shakespeare Apprentice Troupe and the Kidz Company follow “The Medicine Show” with children’s performances.

Birthday cake will be served at 4 p.m. on the patio in front of Thomas Cooper Library.

George Geckle on “The Tempest”

Carolina’s George Geckle, Distinguished Prefessor Emeritus in the Department of English Language and Literature, will discuss “The Tempest“ (2010) film, directed and produced by Julie Taymor, which starred Helen Mirren.

One Nation Under the Bard: Shakespeare Shows Us We Belong

The NiA Theatre Company brings on the works of Shakespeare as only it can — funny, funky and a little dangerous. NiA asks the burning questions What if Shakespeare wrote pop music? And Is Kanye West "Shakespeare in the flesh?" NiA’s performance will help you answer them.

Much ado about Shakespeare: 1:11 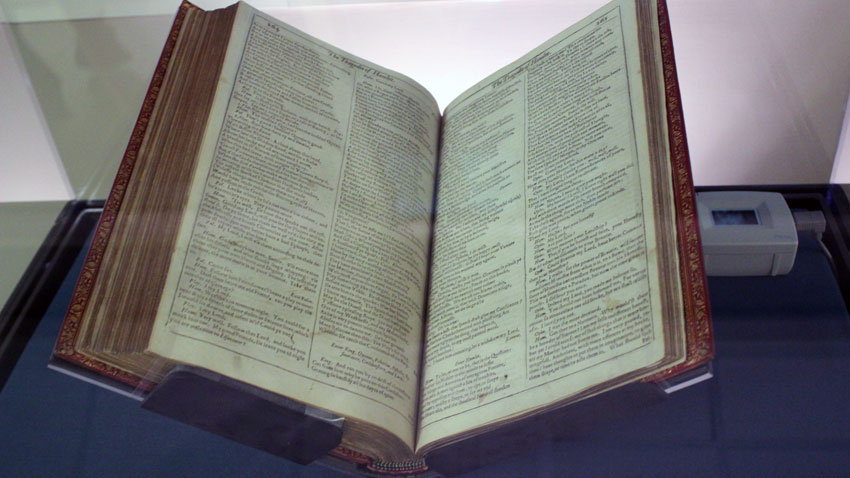