Marina Lomazov and her husband, Joseph Rackers, had been to dozens of piano festivals when the topic came up over dinner as to what constituted the ideal festival experience. 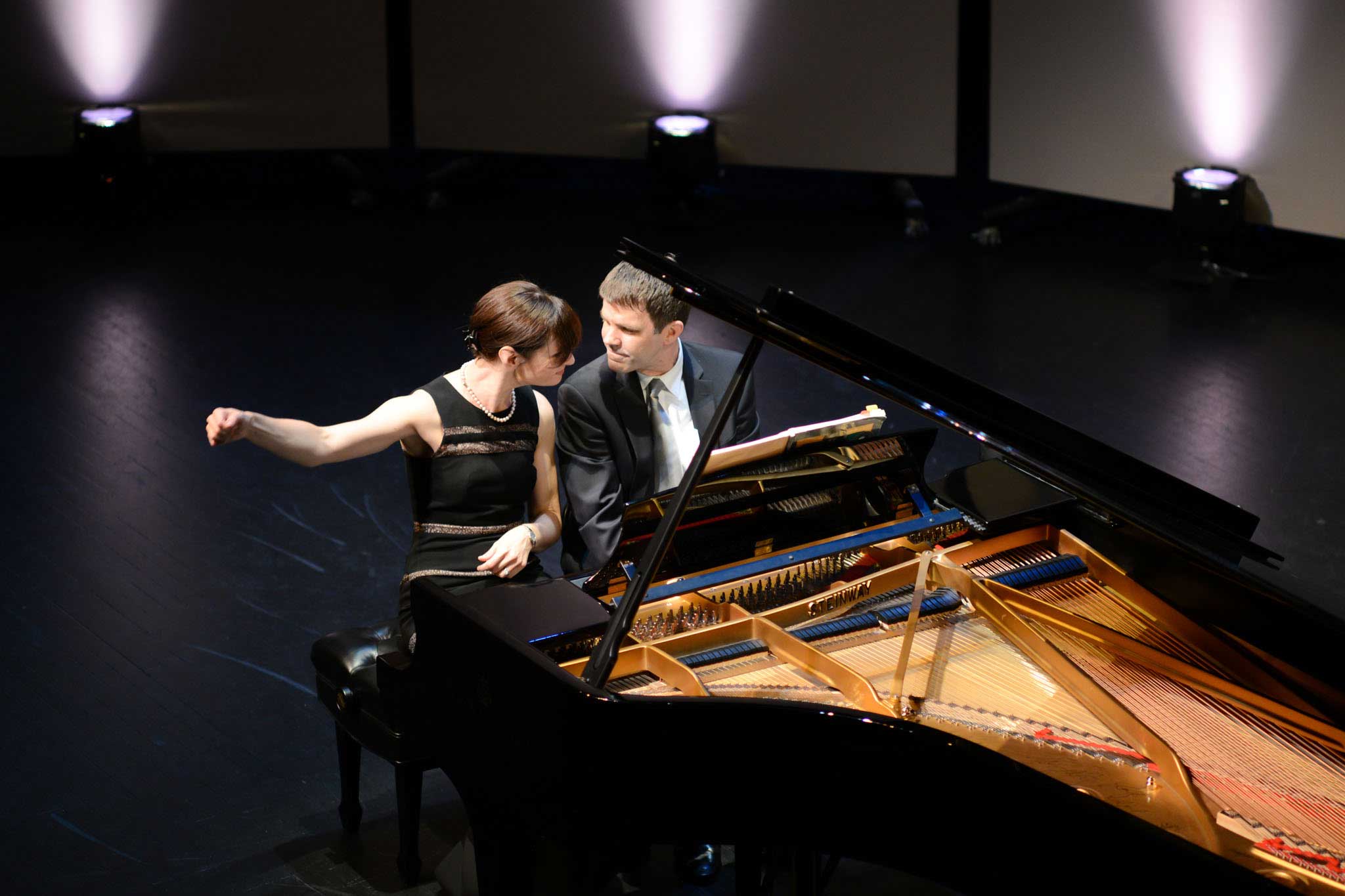 Marina Lomazov and Joseph Rackers will perform during the opening Piano Extravaganza.

A week of easily accessible concerts that would attract thousands of music lovers made the list, as did a piano competition that would further and in some cases, jumpstart the careers of young musicians. And that’s exactly what the University of South Carolina’s Southeastern Piano Festival has done for the past 15 years.

“We wanted to create something that would uplift and inspire both participants and concert-goers,” says Lomazov, who serves as the festival’s artistic director.

A large part of the inspiration comes by watching the young pianists, ages 13-18, grow in their abilities through the week as a result of attending master classes with guest artists. The classes are open to the general public, which gives the community a behind-the-scene look at what it takes to become a world-class pianist.

“You can see the progress of each young person,” Rackers says. "As each person develops, you can see their individual personalities come out."

Some of those personalities have gone on to shine on the world stage. One recent participant is Eric Lu, who at age 17 became the youngest laureate in the XVII International Chopin Piano Competition in Warsaw, Poland, by winning fourth prize.

“We hope that our program was instrumental in his (Lu’s) development as a pianist,” Lomazov says.

On the second to the last day of the festival, the Arthur Fraser International Piano Competition is held—this year from 10 a.m. until 9 p.m. Friday, June 23 in the School of Music recital hall. The young pianists compete for $9,000 in cash prizes and the opportunity to perform as a soloist with the South Carolina Philharmonic Orchestra.

The promise of hearing a musician early in their career has kept audiences coming back each year.

“It’s gratifying how much support for classical music there is in Columbia," Rackers says. He says that patronage has been there from the very beginning.

Rackers, the festival’s program director, is excited about this year’s concert lineup. The opening Piano Gala Extravaganza concert is 4 p.m. Sunday, June 18 at the Koger Center for the Arts. The concert includes a wide range of music from Debussy's "Clair de Lune" to Bruno Mars' "Uptown Funk" played by 15 pianists on five Steinway pianos. And for the first time, the festival will feature a choral group, Miami-based Firebird Singers, who will perform Carl Orff's "Carmina Burana" for choir, two pianos and percussion with Lomazov and Rackers.

“It’s truly a community event. With many different venues throughout the area, it has become a city event,” Lomazov says. 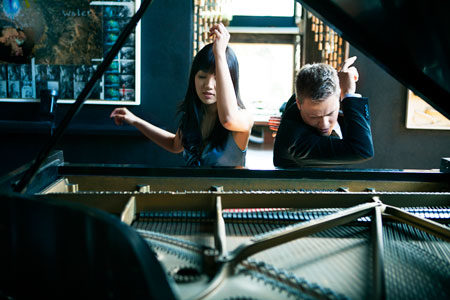 The piano duo of Greg Anderson and Elizabeth Joy Roe will perform at 7:30 p.m. Thursday, June 22 at the W.W. "Hootie" Johnson Performance Hall.

Festival guest artists include Anderson and Roe, Billboard-chart topping duo who have been featured on MTV, NPR and by millions of viewers on YouTube; Vadim Kholodenko, gold medalist of the XIV Van Cliburn International Piano Competition; Frederic Chiu, who is described by the New York Times as a "maverick pianist" and has released more than 25 recordings; and Boris Slutsky, chair of the piano department at the Peabody Conservatory of Johns Hopkins University. Concerts featuring guest artists will take place each evening.

"We are honored to celebrate the 15th anniversary of the festival with such an array of talent," Lomazov says. "This special year for the festival is sure to be a week of unforgettable performances."

4 p.m.
Piano Extravaganza
Koger Center for the Arts
Tickets: $20 for the general public, $5 for students and free for children under 18.

7:30 p.m.
Alumni Celebration Concert
School of Music Recital Hall
Tickets: $10 for the general public, $5 for students and free for children under 18.

7:30 p.m.
Artist showcase with Frederic Chiu
Trinity Cathedral
Tickets: $20 for the general public, $5 for students and free for children under 18.

7:30 p.m.
Artist showcase with Vadim Kholodenko
School of Music recital hall
Tickets: $20 for the general public, $5 for students and free for children under 18.

7:30 p.m.
Artist showcase featuring Anderson and Roe
W.W. "Hootie" Johnson Performance Hall
Tickets are $20 for the general public, $5 for students and free for children under 18.

7:30 p.m.
Winners Concert
School of Music recital hall
Tickets: $10 for the general public, $5 for students and free for students under 18.