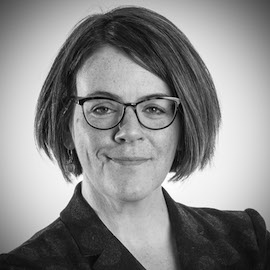 “Sometimes when we conduct research, we are isolated from the general public. I wanted a way to bridge that gap and make the science more accessible.” 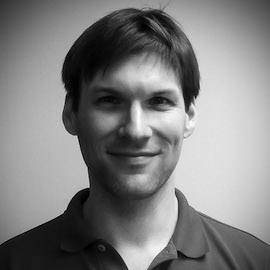 “Academic articles are great for long-term impact. Short-term, having a blog where you are able to communicate short, substantiated points to a wider audience is useful." 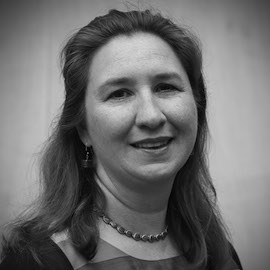 “I have used more blogs in introductory classes than I ever thought I would have. It’s something that students are very comfortable reading, and it generally evokes more discussion than some of our other source material.”

For many Carolina professors, blogging about research and scholarship is a great way to reach a wide audience in a timely fashion and spark dialogue. Here are three examples of university professors who find blogging a useful communication tool — including one who used the medium to stay connected from the ends of the Earth.

Postcards from the edge of the world

The subject matter of Lori Ziolkowski’s blog is unlikely to be duplicated anywhere on the internet. Ziolkowski, an assistant professor of biogeomestry and biochemistry in the School of the Earth, Ocean and Environment, started blogging before she began a search for microbial life in Antarctica in late January.

Ziolkowski made the journey as part of a fellowship she won from the International Polar Foundation, which asked her to blog about the month she spent collecting rock and ice samples. Blogging gave her a chance to answer frequently asked questions about her trip, from scientific specifics to the ins and outs of daily life at the bottom of the earth.

“As I told my family and nonscience friends about the trip, it was clear that this trip sparked a lot of interest for the general public,” Ziolkowski said via email from Cape Town, South Africa — the final leg of her journey to Antarctica — in early January. “Some people are curious about the logistics, while others are more interested in the science.”

Before embarking on her trip, the Canadian native didn’t expect temperatures much more severe than a typical Toronto winter, as it is currently summer in Antarctica. The foundation provided participants with insulated outerwear, so she concentrated on packing long wool underwear, hats and hiking boots.

Those details are as much a part of her blog as the research.

To help kick things off, she shared pictures of her luggage. She also detailed the extensive medical evaluation necessary to travel to Antarctica, including “an amazing number of blood tests,” an ophthalmology report and a stress test.

In Antarctica, Ziolkowski’s communication was limited to a satellite phone, but she managed to keep readers updated on how researchers dealt with a malfunctioning drill and inform them about windscoops, a geographic feature caused by the effects of constant strong winds on rock formations called nunataks. She shared pictures of the continent's dry valleys, harsh environments considered to be the closest to Mars of any place on Earth.

“Sometimes when we conduct research, we are isolated from the general public,” she says. “I wanted a way to bridge that gap and make the science more accessible.”

The challenge? Deciding what level of technical detail to include in a general audience blog about complicated scientific research.

“I would love to write in a lot more detail about my science, but I know that I will lose a lot of readers that way,” Ziolkowski says. “When writing the posts, I have been trying to keep my parents in mind. If my parents understand, then I have done a good job.”

Academics know the drill: publish or perish. To advance their careers, researchers need to write articles for prestigious academic journals.

Bryant Walker Smith, an assistant professor in the School of Law, hasn’t had trouble being published. His work on drones, automated driving, robotics and the intersection of law and technology puts him at the forefront of his field. Still, he says, the publication process can be cumbersome — and at odds with the pace at which society is changing.

“There is a way to get tenure, and that involves, in the law school, a very specific type of publication — the law review,” he says. “There is a certain length that you write, and it might come out in print a year or two later. That is good in a lot of ways for scholar development, and it is inadequate in a lot of others.”

One inadequacy is timeliness.

“I tend to approach this job saying, ‘What can I do that is most interesting and important?’ And to the extent that importance involves near-term impact, there need to be other ways of communicating,” he says.

On his blog Law of the Newly Possible, Smith recently delved into a high-profile disagreement between Uber and the California Department of Motor Vehicles, when Uber took the position that it didn’t need to comply with the state’s testing requirements.

Smith — a widely cited expert on automated driving — weighed in quickly and forcefully. The company’s position, he wrote, was “textually plausible but contextually untenable,” essentially exploiting a “linguistic loophole” to get around the law. While Smith has some concerns with the law itself, he wrote that if the company wanted to test its driverless cars in the state then it must follow the law. Shortly after Smith expressed his view, California revoked vehicle registrations for Uber’s self-driving cars in San Francisco.

With his blog, Smith has applied the same approach to numerous situations in multiple states, aiming to be part of the conversation as it is happening, rather than just commenting after the fact.

“Academic articles are great for long-term impact,” he says. “Short-term, having a blog where you are able to communicate short, substantiated points to a wider audience is useful. I find a lot of what I do pushes back against popular misconceptions and tries to bring in academic thought from a variety of circles in concrete ways. So, that is principally how I use it — when I need to say something quick, soon, I will put it on there. And it still allows me to speak in my own voice.”

For Allison Marsh, blogging has evolved from a tool to help further her own education into a vehicle to help others expand theirs.

“Over time, especially as I became a professional museum curator, I started thinking about how the general public gets information,” says Marsh, who has curated exhibits for McKissick Museum and the Smithsonian Institution. “What are trusted sources? How can you effectively communicate your research to a broad audience? Then I started having more focused ideas of writing style and writing tone and how to find a good story, a story worth telling.”

Marsh’s blogging now mostly takes the form of contributions to other websites, such as the Smithsonian’s National Museum of American History. For instance, she detailed Columbia’s convoluted canal history for an October 2015 article in the wake of that month’s historic S.C. flooding.

“The Smithsonian is a scholarly institution and they understand the process of peer review,” she says. “They have a fairly elaborate editorial process where blogs do get formal reviews. There’s feedback and there’s revision. As a writer and as a scholar, I have found that level of feedback to be an incredibly useful part of both the research and writing.”

Marsh also uses blogs — hers and those of other academicians — as resources for her students in the College of Arts and Sciences. “I have used more blogs in introductory classes than I ever thought I would have,” she says. “It’s something that students are very comfortable reading, and it generally evokes more discussion than some of our other source material.”

A challenge Marsh has faced during her lengthy blogging career is varying reactions from colleagues.

Marsh also strives to make sure that her blogs, including one she’s currently working on about Smithsonian collecting practices, are both relevant and enduring.

“You want them to be timely, but you also want them to be timeless, so that they don’t seem stale and they still contain information that is useful to the reader,” she says. “Historians want contemporary audiences to know about the past and how the past shapes things, and we want to be responsive to current events. But we also want our work to have staying power.”