David Shields, a Carolina Distinguished Professor at the University of South Carolina, has been named one of 14 SEC professors who have been honored with 2017 SEC Faculty Achievement Awards. 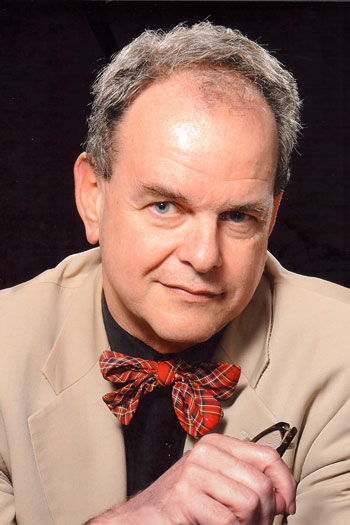 Carolina Distinguished Professor David Shields is one of 14 SEC professors who have been honored with 2017 Faculty Achievement Awards .

Shields, the McClintock Professor of Southern Letters in the College of Arts and Sciences, was selected for his exemplary teaching, research and scholarship, which spans early American literature, cinematic portrait photography and the revival of Southern foods. He has mentored numerous graduate students and young faculty through the Folger Institute.

Established in 2012, the awards honor one professor from every SEC university. Each winner receives $5,000 honorarium from the SEC and will become his or her university’s nominee for the SEC Professor of the Year Award, an honor that will be announced in April and comes with an additional $15,000.

In recent years Shields has focused his attention reviving Southern foods and writing about the region’s rich culinary history. His 2015 book, “Southern Provisions: on the Creation and Revival of Cuisine,” will be followed by his forthcoming book, “Culinarians: American Chefs, Caterers and Restauranteurs 1793-1919.”

Shields says the culinary tapestry of the South is deeply rooted in the Southeastern Conference.

“The SEC stands at the forefront of ensuring the quality of food in our region,” Shields said. “While my task has been the restoration of the most important grains and vegetables that were central to traditional Southern cuisine, other SEC schools ensure breeding of the next great ingredients. I think particularly of the recent death of Jim Martin of the University of Arkansas, the greatest small fruit breeder in America, and creator of most of the blackberries grown in the South.”

His website, Broadway Photographs, is the standard reference for the visual culture of the American stage from the Civil War through the 20th century, and his book “Still: American Silent Motion Picture Photography,” won the American Popular Culture Association’s Ray Browne Award for single best work in 2013.

While his interests are varied, they are connected by his disciplinary training.

“My various interests have two driving concerns: I wish my inquiries to reveal something about one of the human senses -- and I want to provide fundamental information about an entire field or topic that hasn't heretofore been treated in a systematic way,” Shields said. “There were no histories of the relation of the still photograph to the early moving picture. There was no history of Southern food that linked agriculture to culinary creation. There is no history of the culinary profession in America, so my next book ‘The Culinarians’ offers the first collection of chef and restaurateur biographies.”

His passion is connecting people to the past through food, word and image. He often is featured in national and local news stories and gives public talks.

As chairman of the Carolina Gold Rice Foundation, he has helped recover and revive many key ingredients to Southern cooking, including Carolina gold rice, benne, purple ribbon sugarcane, purple straw wheat, seashore black rye, Sea Island white flint corn, the rice pea and the Carolina African runner peanut. On April 7, he will introduce South Carolinians to West African Upland Bearded Rice at the foundation’s annual meeting in Charleston. The dry culture rice, once found throughout the early South, disappeared at the start of the 20th century. Shields found the rice growing in gardens in Trinidad and is bringing it home to the American South.

“In the humanities, a responsibility of scholarship is to make the knowledge about culture available to people. If you can give them the greatest ingredients, knowledge about how they were used, and suggestions for how they might be used in the future; if you can give a region a signature food (like the Bradford Watermelon for South Carolina, or purple ribbon sugar cane for Sapelo Island, Georgia), you give that place a source of pride, and you give local chefs and cooks something that will attract notice,” Shields said.