Putting the pressure on bullies 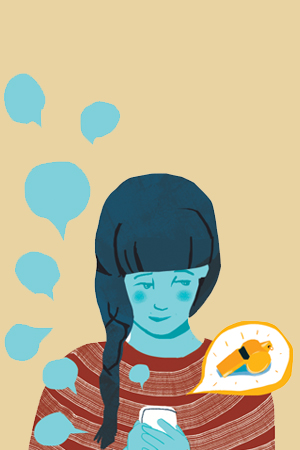 It starts with a joke, then maybe a jab. Then another joke, another jab. Then maybe the bullying escalates, or maybe it stays at a low simmer, barely even acknowledged except by the victim. Does anyone say anything to stop the situation? Or does the situation continue to simmer, or even come to a boil?

No matter how the immediate conflict ends, mounting evidence suggests that bullying can have serious long-term effects on the victim, including anxiety, severe depression, low academic achievement and even substance abuse. Meanwhile, the unconfronted adolescent bully runs the risk of carrying dangerous attitudes and behaviors into adulthood.

That’s why researchers at the University of South Carolina are exploring novel approaches to bullying prevention — and in the process, helping to ensure safer, healthier childhoods across the state. How? By asking an even more difficult question: At an age when fitting in matters more than ever, what can we do to encourage a bully’s classmates and friends to step forward and speak out?

When it comes to bullying, many researchers have examined the role of bystanders, people who are not directly involved in the bullying incident. But it’s the intervention by members of the aggressor’s peer group — or of the victim’s — that may be the most effective counter to aggressive behavior.

“You should have more effectiveness in challenging your own friends to change their behavior than somebody who has no connection to that group,” says Kelly Lynn Mulvey, an assistant professor of educational studies at the College of Education. “But it’s also riskier, because you’re really putting your own position in your group in jeopardy if you challenge your group’s behavior.”

Mulvey devotes the bulk of her research to understanding the factors that contribute to an adolescent’s willingness to challenge peer group norms. Her research to-date has looked at gender stereotyping, race-based humor, perceptions of discrimination and other aspects of social exclusions and group dynamics.

Now, Mulvey and a team consisting of College of Education colleagues Matt Irvin, Ryan Carlson and Christine DiStefano have embarked on a large-scale study of the relationships between peer group dynamics and intervention by individual students within those groups.

Funded by the National Institute of Justice, the yearlong study will track 6th and 9th graders from half a dozen Midlands area schools. Having two time points for gathering data will allow them to look at change-over-time in critical transition years when group dynamics are in flux and peer groups are reorienting.

“If you’re part of a peer group that has a lot of aggressive kids, are you then more likely to say, ‘Hey, it’s okay’ and let it slide? Or do you retaliate?” Mulvey asks.

Tapping Irvin’s experience in social network analysis, the research team will attempt to determine peer group norms. Participating students will nominate the bullies and victims in their class, as well as class leaders, and those individuals will be factored into models that also map bullying behavior and peer responses.

“We’ll be able to do their peer group nominations, map their social networks and match that onto their cognitions — their attitudes, evaluations and judgments surrounding bullying and aggression,” Mulvey says. “What’s novel is that we’re taking those mappings and looking at those models to see if there are differences in the way kids respond — in terms of their thinking about intervention and retaliation.”

Mulvey’s research into adolescent and pre-adolescent group membership dynamics owes to a previous career as an English teacher at an arts magnet school in Durham, North Carolina. “One of the great things about the school community I worked in was that it was incredibly diverse,” she says.

You have to be aware of the ways that you can intervene that aren’t going to put you at risk for repercussions, so find an adult or find a friend to talk about it with, or talk to the victim later.

“But it was also putting kids who were not necessarily used to hanging out with kids who were so different from them in the same school context — and so there were a ton of social problems just surrounding group membership.”

Among other efforts to combat social exclusion and bullying, Mulvey helped establish a gay-straight alliance for the students, but she felt stymied when it came to effecting change for the larger school community.

“We could have rich social conversations about ‘Heart of Darkness’ or ‘Hamlet’ — they could bring in the connections to their own lives — but I didn’t feel like I was able to effect change in the way that I wanted to in the school community,” she says. “So I went back to grad school to figure out, on a broader scale, how we can work to address some of these problems.”

Now, she says, all of her research relates in some way to group membership.

“My particular niche is this idea of standing up and challenging your own group,” she says. “When can you act as a positive agent for change within your own social community? Kids have power over each other, there are these dynamics where you can influence those around you, but we don’t know very much about what makes someone a good, assertive challenger—what determines whether you feel comfortable standing up to your group.” 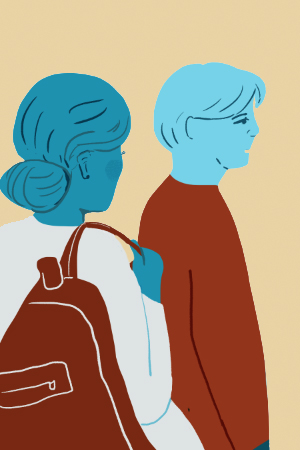 Autonomy at any cost?

“Adolescents are increasingly looking for sources of autonomy, they are increasingly independent,” says Mulvey. “At the same time, they are really tied into their peer groups. We have a lot of data showing that as you progress into adolescence, kids are much more likely to use group functioning reasoning. They say things like, ‘I wouldn’t want the group to get upset with me.’”

As it turns out, younger adolescents are more likely to make decisions independent of their peers. And while that may seem counterintuitive, it starts to make more sense when you consider the developmental aspects of adolescence.

In short, adolescents are seeking autonomy and membership in their peer group at the same time. It’s a classic case of dual reasoning.

But bullying isn’t limited to overt intimidation or harassment. As Mulvey explains, it can also take less subtle forms, which can easily infect not only an individual peer group but an entire school culture.

Most recently, Mulvey completed a study (along with researchers from the University of London and the University of Kent) on race-based humor among 8th and 10th graders. It appeared in the journal Child Development and was inspired by a casual but disconcerting observation.

“I was an interviewer for a project on CNN that was looking at kids’ cognition about race,” Mulvey says. “At the very end we asked the kids, ‘What is it about race that makes people uncomfortable?’ and in some schools, kids just anecdotally talking to me told stories that included racist jokes. I was thinking, ‘What are you doing? You’re being filmed by CNN right now, and you’re just openly retelling these racist jokes?’”

It wasn’t that way at every school, she’s quick to point out — “There’s definitely a school culture piece to the puzzle” — but where she did encounter that kind of rhetoric, it was pervasive.

“I’d interview 20 kids in a day, and I’d hear five kids tell me racist jokes, which is just crazy,” she says. “They obviously didn’t recognize that there was a problem there.”

And it is definitely a problem, she says, citing domestic terrorist Dylann Roof and the 2015 Emanual AME Church shooting in Charleston. While a host of factors contributed to Roof’s decision to murder nine African-American congregants in an attempt to ignite a race war, one factor stood out to Mulvey.

“Right after we finished this project and we submitted the paper, the Charleston massacre occurred and Dylann Roof’s friends were saying things like, ‘Well, he told racist jokes all the time, we didn’t think it was a big deal,’” Mulvey explains.

And as the USC researchers’ findings suggest, telling race-based jokes and contributing to a peer group or larger school culture where race-based jokes are tolerated does constitute bullying — albeit not always in the ways we’re conditioned to think of it.

“These mild forms of racism are often overlooked in school contexts. They’re not seen as explicit forms of bullying,” Mulvey says. “But given cases like Dylann Roof, if someone had stood up to him, if he had been flagged, if someone had said, ‘this isn’t OK,’ maybe we’d have had a different trajectory.” 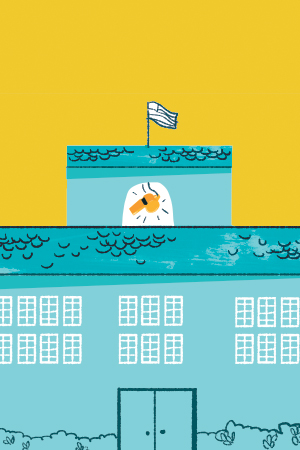 "Mild forms of racism or microaggression are often overlooked in school contexts. They’re not seen as explicit forms of bullying." — Kelly Lynn Mulvey

Intervention can stop active bullying pretty quickly — within about ten seconds, according to Mulvey. “Those are really active forms of intervening,” she says, “like actually saying, ‘Hey, that’s not OK,’ or saying [to the victim], ‘Hey, come with me, you don’t need to put up with this.’”

There are also more subtle interventions that may not immediately stop a bad situation, but that can still be very effective.

“I’ve done presentations for kids in schools around the Columbia area and I always tell them, ‘Don’t feel like you need to be the hero. It’s not important for you to physically intervene and separate two kids,’” she says. “‘You have to be aware of the ways that you can intervene that aren’t going to put you at risk for repercussions, so find an adult or find a friend to talk about it with, or talk to the victim later.’ They may not stop the bullying in the moment, but those approaches are still effective and useful.”

And the consequences of not intervening can be more severe than we realize. Mulvey returns to the race-based humor study to drive home her point.

“With something like race-based humor there’s sometimes a tendency to trivialize it — ‘It’s not a big deal,’ ‘No one’s really getting hurt,’ so getting across the ways that, psychologically, people can get hurt can be harder,” she says. “But there’s a lot of good data that makes a powerful case, data showing that subtle forms of aggression can lead to heightened rates of anxiety, substance abuse, depression, lower academic achievement.”

And that can make schoolboards, administrators, teachers and, yes, even students, take notice.