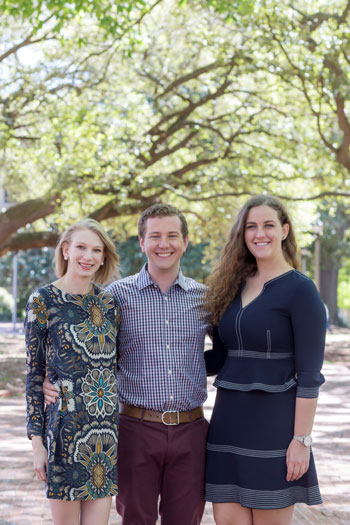 Nationally, 240 Goldwater Scholars and 307 honorable mentions were selected on the basis of academic merit from a field of 1,286 mathematics, science and engineering students, each nominated by faculty from 470 U.S. colleges and universities.

The Goldwater Scholarship is awarded nationally to sophomores and juniors pursuing bachelors’ degrees in natural sciences, mathematics or engineering and whose career path will be in research and/or college-level teaching. The one- or two-year scholarships will cover the cost of tuition, fees, books and room and board for up to a maximum of $7,500 per year. Each university may nominate up to four students for the award.

Cowen is a member of the South Carolina Honors College pursuing a degree in developmental neuroscience. A Carolina Scholar, the university’s top in-state merit scholarship, she also is a member of Phi Beta Kappa and a 2017 Amgen Scholar. Cowen has worked with biology professor Sofia Lizarraga and psychology professors John Richards and Jane Roberts on neuroscience research at the cellular, functional and behavioral levels. Her research, which has been funded by the S.C. Honors College, the university’s Magellan Scholar program, and the Irene and Eric Simon Brain Research Foundation, has resulted in manuscripts and presentations. In addition, Cowen is president of IMPULSE, the undergraduate neuroscience journal, and is a member of The Center for Childhood Neurotherapeutics, the Neuroscience Community Planning Committee and Scholars United. She plans to pursue a doctorate in developmental neuroscience and conduct research on the cellular mechanism of neurodevelopmental disorders, specifically autism spectrum disorder. She is the daughter of Janice and Scott Cowen and a graduate of A.C. Flora High School.

Field, who is majoring in biology with a minor in chemistry, is student in the South Carolina Honors College. He is a McNair Scholar, the university’s top out-of-state merit scholarship, and a member of Phi Beta Kappa. He has conducted research with professor Minsub Shim in the Center for Colon Cancer Research, focusing on the effect of cancer therapies on early aging symptoms. He is active on campus in Phi Delta Epsilon and has served as a Top Scholar peer leader. Field plans to earn an medical degree and doctorate in cellular biolgoy with the goal of conducting clinical and lab-based research on immunology and teach at a medical school. He is the son of Stacey and Christopher Field and a graduate of Regis High School in New York.

Gardner is a student in the South Carolina Honors College majoring in marine science and minoring in math, biology and chemistry. A McNair Scholar, she is a 2016 NOAA Hollings Scholar, a Traci J. Heincelman scholar and recipient of the Phi Beta Kappa Freshman Award. Gardner has worked in professor Tammi Richardson’s lab since her freshman year and has conducted her own research project on harmful algae blooms as part of the Research Experiences for Undergraduates (REU) Program at Mote Marine Laboratory. She presented her research at the REU poster session, the American Geophysical Union’s Ocean Science Meeting and the International Harmful Algae Brasil Conference. She is vice president of Students Engaged in Aquatic Science, an Office of Fellowship and Scholar Programs fellowships peer mentor and a member of the sailing and scuba clubs. Gardner plans to earn her doctorate in biological oceanography and conduct research and teach at the university level. She is the daughter of Angela and Robert Gardner of Apex, North Carolina and a graduate of Wilson Central High School in Mt. Juliet, Tenn.

Baltzegar is a chemical engineering major with a minor in chemistry and a student in the South Carolina Honors College. A member Phi Beta Kappa and Tau Beta Pi Engineering Honors Society, he is also a Palmetto Fellows Scholar and Lieber Scholar. He has conducted research in the lab of engineering professor Melissa Moss on molecular engineering of therapeutics for Alzheimer’s disease, which is funded by a SC Honors College grant. On campus, he serves on the executive board of Theta Tau engineering fraternity and as a College of Engineering Ambassador. He also mentors minority high school students and volunteers with Carolina Science Outreach. Baltzegar plans to earn a doctorate in chemistry and conduct research in materials chemistry and biomolecular engineering and teach at the university level. He is the son of Cameron and Marty Baltzegar and a graduate of Dutch Fork High School.