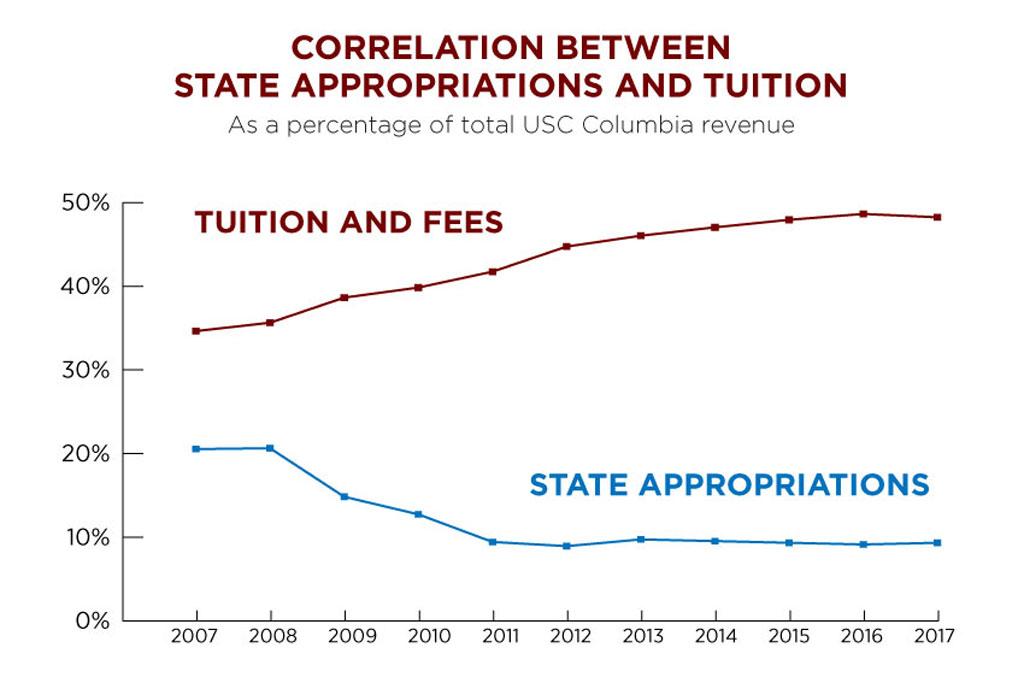 The University of South Carolina — the state’s flagship university — now receives only about 10 percent of its funding from state appropriations.

It’s easy to imagine how a Carnegie top-tier research university with growing enrollment, the most academically qualified freshman class in history, record-setting external research awards, two Final Four basketball teams including the women’s national champions, and a Rhodes Scholar recipient — all in one academic year — would begin to rest on its laurels.

But that university is not the University of South Carolina.

Instead, Carolina is working to build on the momentum from the past year to fulfill the promise made by President Harris Pastides in his State of the University Address to make Carolina a destination of choice for the next generation of state and national leaders.

“We’ve had a historic year with many occasions to celebrate, but that doesn’t mean we should stop looking for ways to enhance our core strengths and serve our students in new and innovative ways,” says Pastides.

Carolina is doing that, in part, through the development of an updated five-year strategic plan that focuses on five key areas of success as well as new academic blueprints from each college that align with those priorities. The university also is embarking on a new initiative to bolster academic excellence by investing additional resources into areas that target improvements in teaching, research innovation and student support.

All colleges and service units on the Columbia campus will contribute 3 percent of their respective operating budgets to academic enhancements. University officials are clear that this is not a budget cut. Rather, the plan will reallocate approximately $17 million to support a range of important projects, including recruiting top faculty, reducing class sizes for high-demand courses and creating new experiential learning opportunities for students across academic disciplines.

Under the direction of Pastides, a committee of faculty and staff will soon be formed to help guide how to best target the dollars generated by the initiative, university Provost Joan Gabel says.

“This is a collective effort and all units across campus will participate in helping us strategically advance our core mission of high impact research and innovative education,” Gabel says. “Unfortunately, our General Assembly has not invested in academic excellence, so we have to find ways to direct the limited resources we do have to initiatives that will move the needle. This is the reality of the modern era of public higher education and we must rely on each other, not state government, to achieve excellence — but that is exactly what we will do with great appreciation to everyone on campus who is sacrificing on behalf of this effort.”

Lack of state support for South Carolina’s colleges and universities this year follows a decade-long pattern. Cuts to the state’s higher education institutions rank among the steepest in the nation and funding remains 40 percent below 2008 levels despite the recent economic rebound. In fact, only three states have suffered deeper cuts in state funding than South Carolina. USC, the state’s flagship university, now receives only about 10 percent of its funding from state appropriations.

Our General Assembly has not invested in academic excellence, so we have to find ways to direct the limited resources we do have to initiatives that will move the needle.

University officials noted that budget requests to propel the academic and research missions were unsuccessful in the General Assembly this year; and, the capital bond bill failed to even get a vote on the floor of either chamber. Unfortunately, the state budget expected to be approved in the coming days not only rebuffed attempts at bolstering programming but also will likely force colleges and universities across the state to increase tuition due to lack of new funding and underfunded mandates combined with escalating costs of operation.

To make up the difference, higher education in the Palmetto State has become increasingly dependent on a mix of tuition dollars and external grant funding. But schools also must find creative ways to reallocate existing resources in order to better serve students.

College of Engineering and Computing Dean Hossein Haj-Hariri says the provost’s plan to channel resources to improve core academic areas is needed. While his college attracts many high-performing students, it must keep pace with changing technology and build on its contingent of outstanding faculty to be successful in the future.

“We are in direct competition with other universities for top students, and many of those schools have significantly more resources,” says Haj-Hariri, who came to Carolina last year from the University of Virginia. “By continuing to reinvest in faculty and research, I believe we can make great strides in providing the world-class education our students deserve.”

Board of Trustees Chairman John von Lehe Jr. agrees. He says the availability of funding sources means that the university’s administration must be more nimble than ever in developing strategies that benefit students and ultimately the state as a whole. Through ground-breaking research in areas as diverse as health care to aerospace innovation, USC is leading the way in not only creating job opportunities for graduates, but also providing key support to burgeoning industry clusters within the state.

“South Carolina is a relatively small state with many competing interests,” he says. “It’s critical that we continue to demonstrate that strong support for higher education and an educated workforce is a wise investment in our families and the future prosperity of the state.”

A Message From President Harris Pastides: 1:26 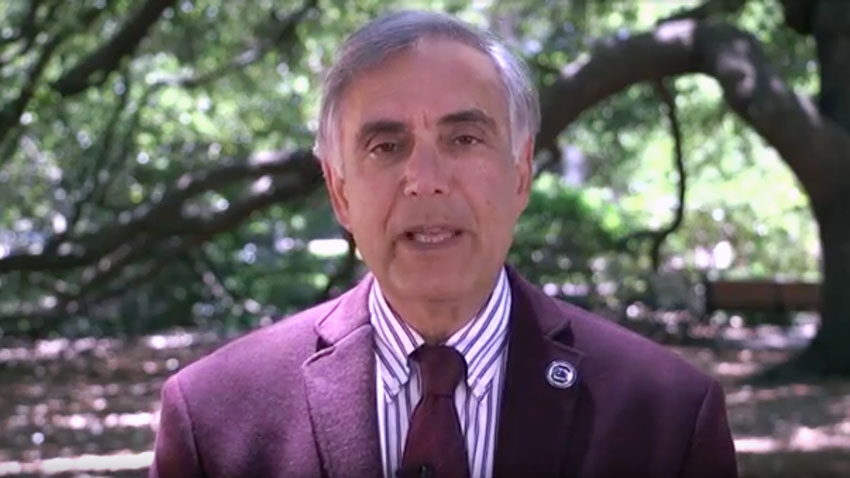