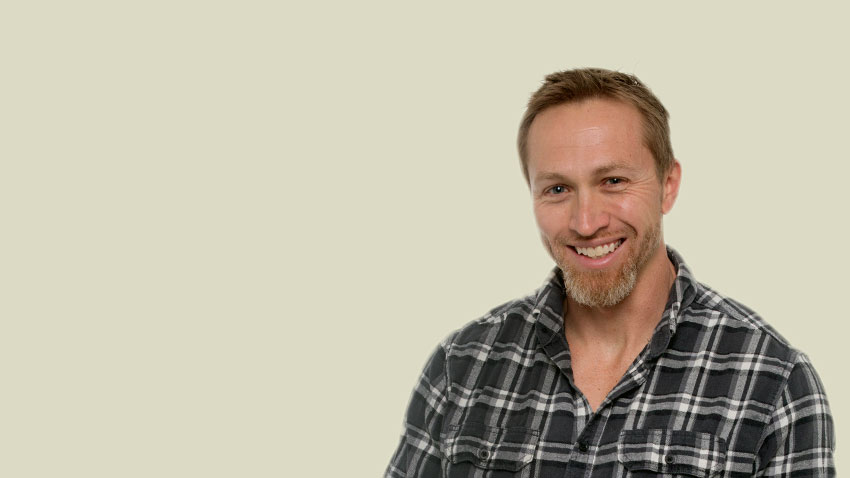 Mark Powell, ’01 M.F.A., is the author of five novels and has been called “the best Appalachian novelist of his generation” by New York Times bestselling author Ron Rash. Powell’s latest book, "Small Treasons" (Tyrus Books/Simon & Schuster), is a literary thriller set against the backdrop of global terrorism. Unlike the standard-issue spy novel, though, Powell’s entry into the genre explores the ways that secrecy, mistrust and repressed tragedy can affect relationships in contemporary America. In addition to a master’s from Carolina, he holds a B.A. from The Citadel and an M.A.R. from Yale Divinity School. He is currently an assistant professor of creative writing at Appalachian State University.

Meanwhile, the leaves fell and the days shortened and mostly life was un-changed. The wooly lamplight of dusk, yellowing evening as if scratching the edge of some greater night, and then the day was gone and it was truly night. Mornings she took the boys on long walks, the grass full of spiderwebs, silvered and wildly complex. The webs changed as they moved, revealed themselves. She named things: ivy, caterpillars, leaves holed with potato bugs.

A new county detention center was going up and she took the boys to see it. A modular construction of steel girders and prebuilt cells. They’d wrap the thing in aluminum siding and plant crepe myrtles and if this wasn’t exactly life, it wasn’t necessarily death either. Which, okay, think of it like that, Tess.

The book starts with Tess secretly watching terrorist beheading videos. In this scene, about 100 pages in, she wonders what’s on her husband's thumb drive — and as we learn, he has a dark past. This is a very contemporary novel.

We live in a period, particularly after 9/11, where the possibility of violence is constantly present. Violence can always be thrust into your life, but we have this awareness now, it sits in the forebrain. It’s very dislocating to be aware of something that impacts your life in such huge ways and at the same time carry on with your day-to-day life.

If I find myself in a murky state, I need to write it out. In one sense, I feel completely grounded in the physical presence of my life, but something larger lurks around the edges. It’s weird, 2016 was a pretty horrible year for our country, and yet for me and for my family, it was a really good year. We have no problem compartmentalizing. [laughing] I’m completely nihilistic about the future of our country and our planet, but I don’t feel like I'm less happy for it on a day-to-day basis, you know?

Tess is obsessed with the dark stuff — terrorism, black site prisons — but then, as a writer, so are you. Why the interest?

Part of this comes from my experience coming out of The Citadel. After my class graduated, I went to grad school at Carolina, and most of my friends went into the military. When 9/11 happened, I was teaching, they were going to war. While they were experiencing a very real war, I was watching on TV and talking with them as they rotated in and out of war zones. I was hearing firsthand war stories and seeing things online. There are endless YouTube videos. Yet it wasn't physically real for me. It was very removed.

“The grass full of spiderwebs, silvered and wildly complex” — this could be a metaphor for the entire novel.

The book is about the prisons that are built around you, or that you build around yourself. I was thinking about things that catch you, whether it’s a spider web or a detention center. In earlier drafts, I had her going repeatedly to visit the detention center.

That’s one heck of a field trip. But it’s not about her kids, is it?

Back in my hometown of Walhalla, they built a new detention center a couple years ago, and every time I visited my parents I would find myself driving by to see what was happening with the construction. If you see it once it’s completed, it looks like a giant church gymnasium. It’s corrugated aluminum siding, and beyond that, of course, there’s a barbed wire fence, but it otherwise looks the same. At the risk of hitting the nail too precisely on the head, Tess feels stuck, and seeing this building where people are truly stuck — I don’t know if it’s comforting, but there’s some identification. It’s a heavy-handed metaphor, I know, but when you see these things being built, it’s just scary as hell. The last thing they do is landscape outside the same way you would if you built a chain hotel. And that’s for us, not for the people inside.

In your book we have the detention of terror suspects.

Absolutely. The idea of being locked in a naval brig as an enemy combatant, with no recourse whatsoever — I know most people locked in naval brigs probably deserve to be there, but I’m convinced not all of them do. There’s still that wrong guy sometimes.

There’s a “wrong guy” in the book.

Right. Part of this is — look, they have no problem killing the right guys. It’s just that one screwup that troubles their conscience.

Life and death. Themes don’t get more elemental. But Tess contemplates something in between. What’s she searching for?

Maybe that’s what I’m trying to figure out. This may be kind of esoteric, but my problem, not as a writer but as a human being, so it becomes a problem as a writer, is that I want some bigger answer. I want to touch the hem of the garment. But growing up, no one ever told me the problem — and it is a problem, adults should do better — no one ever told me you can’t have that. The answer is, “No answer is coming, and you better make do with the muddled details.” I think that’s what Tess wants, some big answer, something more conclusive than what everybody else has tacitly agreed to accept, and that makes life very difficult.

You also have moments of real poetry. You’re from Walhalla, South Carolina. Now you live outside Boone, North Carolina. So, rural places. An appreciation for the natural world shines through.

It’s a reflection of what was, and what still is, the world where I live. I spent a huge amount of my childhood just wandering around in the woods with a BB gun, like a lot of kids in the ’80s did. I also spent a large amount of my childhood watching the "A-Team" and playing Atari. But I’m very happy when I’m allowed to move in the natural direction and when I’m able just to pay attention to what’s around me. Sometimes I write passages like this because it’s therapy for me, also because it’s the real part of being here and being alive. It grounds us in the realness of it all.

But then you couch the poetry in a thriller. Do you read a lot of literary thrillers?

Not really. I don’t think there are that many good ones. But the writers I gravitate to — Joan Didion, Robert Stone, Denis Johnson, Don DeLillo, writers I wasn’t necessarily reading in my 20s — have something relevant to say. There’s never a time not to be engaged with the world, but there are moments when you can engage in some amount of navel gazing and get away with it. Now is not that time.