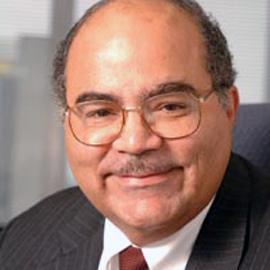 The Distinguished Alumni Award honors an alumnus or alumna whose professional and personal life has exemplified dedication and excellence in leadership and citizenship while offering a lifetime of devotion to the University of South Carolina.

He is director of the Center for Molecular Regeneration at the University of Chicago and is a founder of several biotechnology companies.

The Sumter, S.C., native studied electrical engineering at USC’s College of Engineering and Computing, then enrolled in a joint medicine/engineering program offered by Temple and Drexel universities. He completed his doctoral studies in the Harvard-MIT Program in Biomedical Engineering.

As the Paul S. and Allene T. Russell Professor at the University of Chicago, Lee holds appointments in plastic surgery, dermatology and biomechanics. He has pioneered functional reconstructive surgery methods for correction of congenital and acquired gynecologic defects.

One aspect of his work, he says is to return patients’ functionality through plastic surgery and to help them return to the full lives they had before traumatic injury.

“People who have experienced major disfigurement of the face secondary to trauma or burns are not usually successful in reintegrating back into the workplace or society at the pre-injury level,” he says. “Our goal is understand the basic rules of human aesthetics so that rational approaches to surgical reconstruction of damaged faces can be developed and taught.”

Lee also has served on the faculty of Harvard University and the Massachusetts Institute of Technology. In 1999, he received an honorary doctoral of science degree from USC for his investigation into the health consequences of the Chernobyl nuclear accident on Belarus.

He has received numerous honors including being named a Schering Scholar, MacArthur Prize Fellow and a Searle Scholar. He has been elected to fellowship in the American Association of Plastic Surgeons, Institute for Electrical and Electronics Engineers and the Biomedical Engineering Society among others. He has been elected to the National Academy of Engineering and the International Academy of Medical and Biological Engineering.

His laboratory, consistently funded for 30 years, has attracted more than $25 million in research grants. He has authored and co-authored more than 200 publications, four books and holds more than 14 patents.