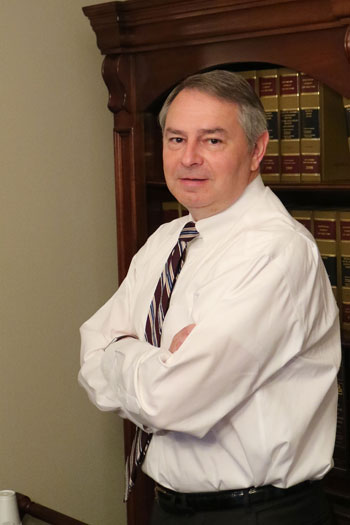 John Simmons' first gifts to USC were in support of the baseball team. His latest gift is an endowed student scholarship for the law school, from which he graduated in 1987.

John Simmons finished his law degree at Carolina 30 years before the opening of the School of Law’s new building. His days as a walk-on for the men’s baseball team were at the now defunct Sarge Frye Field, long before Founders Stadium was built.

But the passage of time and campus construction haven’t diminished Simmons’ ties to the university. He’s made two gifts to the athletics department, one of them estabishing the Simmons First Base Club at the baseball stadium; the other supported construction of the baseball team’s trophy case.

“I wasn’t a stand-out player by any means back in ’81, but I’ve enjoyed following the team and having an opportunity to being a part of their new home,” says Simmons, who earned a bachelor’s degree in political science in 1984 and law degree in 1987.

Those warm feelings extend to his time in law school, which provided a number of opportunities: a clerkship with an Upstate judge, a position at one of South Carolina’s largest law firms and appointment as the U.S. Attorney — the youngest in the nation at the time — in the Palmetto State by President George H.W. Bush.

In private practice for the past 20 years, Simmons’ connection to the School of Law was rekindled when his daughter, Cate, enrolled there. She graduated this past May, which inspired Simmons to create a lasting legacy. His gift has created the John Simmons Endowed Scholarship at the law school, which he hopes will provide similar opportunities for future students.

“I thoroughly enjoyed the time I was there,” Simmons says. “I wanted to to give back something that lasts longer, to acknowledge the opportunities that people gave to me. I’ve had a great career thus far.”