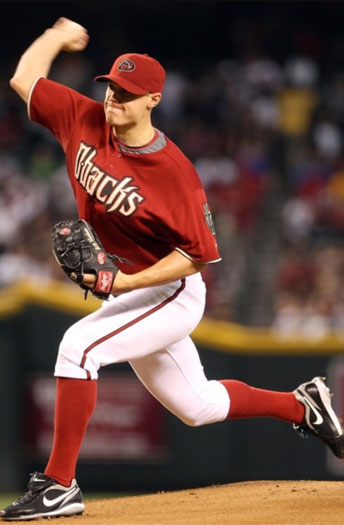 It’s been 13 years since Billy Buckner played baseball for the University of South Carolina, memorably striking out 16 batters one afternoon against Clemson and winning seven games in the 2004 season.

He would have returned for his senior year but Major League Baseball’s Kansas City Royals drafted him in the second round, and he played in the MLB system until 2016. Knowing his baseball career was likely coming to an end, Buckner started taking online classes at USC. “When I decided to finish my degree, I wanted it to be from Carolina,” he says.

The aches and pains of playing professional ball prompted him to start thinking about the future. “Once I got past 30, 31, it took longer to get ready to play, and everything hurt a little more,” he says. “This summer when I didn’t get a spring training invite, I figured it was time."

Buckner credits athletics director Ray Tanner — his former Carolina coach — and Maria Hickman at the athletics department with helping him re-enroll. After taking several online classes, he was back on campus this semester and will graduate Dec. 18 with a bachelor’s in interdisciplinary studies from the College of Hospitality, Retail and Sport Management.

The 34-year-old former pitcher played for four MLB teams over the course of his career, traveling from one corner of the country to the other. He met his wife, Hayley, while playing for the Arizona Diamondbacks, and got to bring his young son, Beckett, into the clubhouse after a game — a highlight of his career, he says.

“The goal from now on is to be a family man,” he says, noting that he’d like to stay involved in sports, perhaps in the front office of an MLB team. “Of course, we love it here. Staying in South Carolina is definitely an option.”