How Carolina became a smash hit in the 1970s karate scene 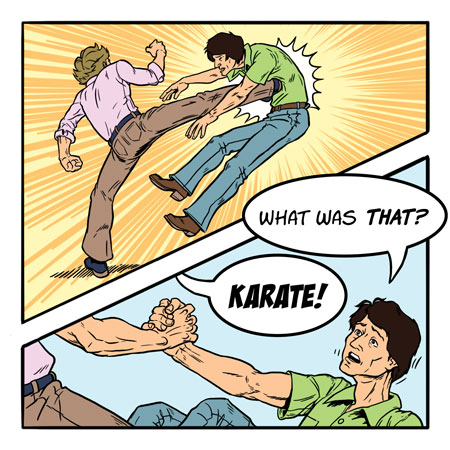 "Throw a punch like youíre going to hit me!"

Keith Vitali tells the story like it happened yesterday. The summer between his freshman and sophomore years in college, Vitali had bumped into his best friend, John Bellinger, who told him he was taking a karate course at Carolina.

“What is karate?” Vitali asked. In 1970, that wasn’t nearly so naïve a question as it would be today. Still, it prompted Bellinger, who would graduate in 1974, to give his buddy a free sample.

"I put my fist up in the air like John suggested, and wham! John does this flying kick that catches me in the ribs." Vitali was way more startled than mad, even as he picked himself up off the ground. I asked him, “What was that?” He says, “Karate!”

Vitali then met John Roper, the instructor of USC’s karate short course, and didn’t waste a minute calling his track coach at Baptist College in Charleston to give up his athletic scholarship. He was transferring to Carolina to major in history and immerse himself in karate. An impetuous decision? Maybe, but there’s something to be said for going with your gut.

Two years later, Vitali had a black belt in karate and quickly established USC’s first Karate Club, which soon made a name for itself across the country as the team to beat. By 1978 Vitali was the No. 1-ranked karate fighter in the United States, a title he held for two more years. Thirteeen times, he was on the covers of karate magazines, and he acted in several martial arts films, including the minor cult classic, "Revenge of the Ninja" and "Wheels on Meals" with the irrepressible Jackie Chan. 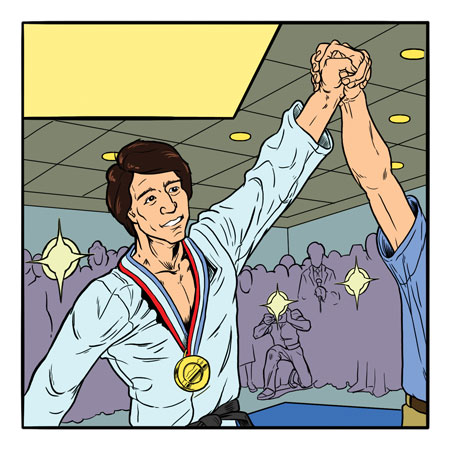 But it was his time at Carolina in the 1970s that Vitali remembers so fondly — along with many of fellow alumni from that era. "Billy Jack" and the Bruce Lee movies plus David Carradine’s "Kung Fu" TV series had helped spawn a martial arts craze, and hundreds of students were signing up for Carolina’s karate course back then. Quite a few of them, including Keith and his younger brother Steve, became talented karate fighters, training and sparring at the Blatt P.E. Center and at local dojos, and competing successfully in tournaments around the country. Improbably, Columbia became, for a brief time at least, an important center of karate competition, with USC in the thick of the action.

“Everybody who was on that team was phenomenal,” says Michael Goldman, who attended Carolina in the 1970s and went on to become a ranked karate fighter before pursuing a successful career in TV and film production. “We had the best collegiate team in the entire country training at Carolina. It was amazing. I don’t think it could ever happen again like that in a million years.”

Steve Vitali was following his older brother Keith’s lead when he enrolled at Carolina and joined the karate team. “I couldn’t let Keith get too far ahead in karate — I had to learn it in self defense,” quips the 1976 graduate who also earned a black belt and became a ranked fighter. 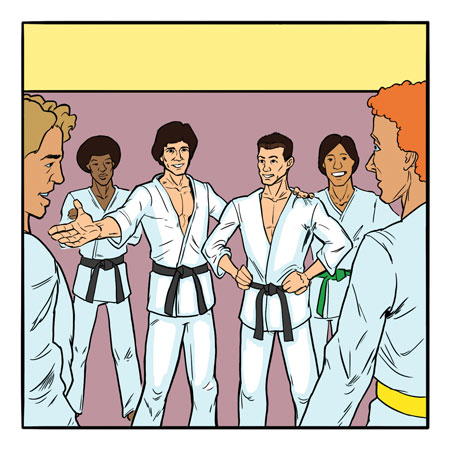 After four years of platoon leader training at Carolina, the Marine Corps equivalent of ROTC, he went on to an adventurous and highly decorated 35-year career in the Marines, retiring as a colonel in 2008 after combat tours in Iraq and Afghanistan and other assignments around the world. Thinking back to those halycon years of USC’s Karate Club, he likens it to the current-day competition among football powerhouses.

“So many students were coming to the club every semester back then, and we had several talented karate fighters who drew even more talent,” Steve says. “It’s like the University of Alabama — they’ve always attracted some of the best football players because of their repu-tation. It was like that at Carolina for karate.”

As the martial arts grew in popularity, hundreds of students enrolled in the short course or flocked to the Karate Club. John Roper, the Korean-born instructor of the short course, took an old-school approach, weeding out swaths of students by demanding pushups and situps.

Keith Vitali had tremendous respect for Roper, from whom he would earn his black belt, but he had very different ideas about teaching karate. When he took over the primary teaching duties in the one-credit hour karate course, he opted for a different approach. 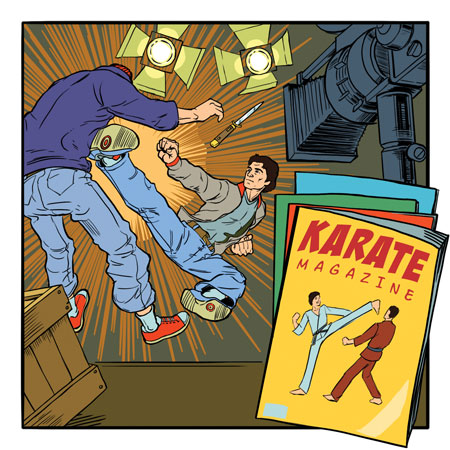 “John was a strict disciplinarian, and that was fine, but I promised myself I’d do the opposite — I would encourage them every chance I could,” he says. “Instead of saying to someone, ‘That’s awful, give me 10 pushups,’ I would compliment them about anything they were doing right, even if it was something small, then demonstrate the proper technique and walk away.”

Vitali’s gentler approach paid off, says Marshall Fields, ’76 biology. “Keith had an extremely positive impact on all of us in the USC Karate Club, not only by his uniquely unimaginable ability as a martial artist, but also his positive attitude,” says Fields, who now practices as a dentist in Irmo, S.C.

Steve Vitali recalls that many of the students who showed up for the short course or who joined the Karate Club weren’t natural athletes. In fact, some of the young men and women started out with the proverbial awkwardness of two left feet.

“They might not have been the best fighters you’d ever see, but after a year or so they would improve so much in their own self confidence and become more agile and mobile,” Steve says. “They were never going to be the next Bruce Lee, but if they stuck with it, they would make it pretty far, and that’s what mattered.”

The real payoff was that the discipline required for karate developed students’ personal initiative to set and attain goals. “And they probably ap--plied that to whatever their careers turned out to be,” Steve says. “Those are skills that you can take anywhere.” 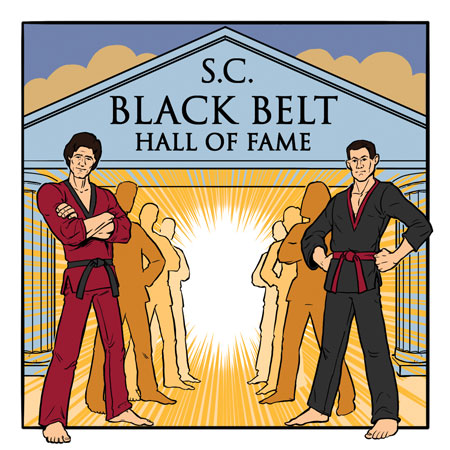 The students who helped spawn the university's "golden era" of karate have moved on, and several top competitors from that time, including the Vitali brothers, John Orck and Michael Goldman, are now in the S.C. Black Belt Hall of Fame, one of the sport’s most respected organizations across the nation. Other graduates, including Peter Manchee, ’70, and Andy Selcer, ’72, have been recognized as S.C. pioneers in karate.

The camaraderie that the USC Karate Club fostered also helped to forge lifelong friendships, many of those alumni say. “That club was really a blessing,” says Joe Fraccalvieri, ’81. “It was like a brotherhood.”  And a sisterhood, too. Many women took the karate short course or joined the Karate Club, “and several of them were very good fighters,” Steve Vitali recalls.

The Karate Club no longer exists, but students can still enroll in a one-credit-hour karate course. And if you talk to the instructor, Steve Sawyer, you’ll learn that there’s still a connection to the past.

“I remember seeing Keith Vitali in "Revenge of the Ninja" and thinking, ‘He’s as good as Bruce Lee,’ ” Sawyer says. “That’s what inspired me to pursue martial arts. And now I’m doing what Keith was doing 40 years ago.”